As many as six uncapped players, including Padikkal, Rana and Sakariya, are in the India squad for the series against Sri Lanka beginning in Colombo on July 18 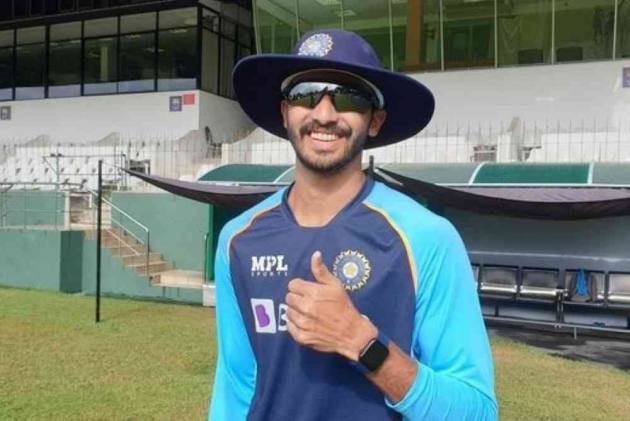 The uncapped trio of Devdutt Padikkal, Nitish Rana and Chetan Sakariya is looking to imbibe the traits of Rahul Dravid -- the player, person and coach -- during the tour of Sri Lanka.   (More Cricket News)

As many as six uncapped players are part of the India squad for the series beginning in Colombo on July 18. NCA chief Dravid is head coach on the tour with the Test team currently in the UK.

"Being from the same school, the first time I actually met him was in one of our sports day events, where I had to present him with a bouquet – that is when I spoke to him for the first time,” Padikkal recalled on Star Sports.

The elegant left-handed batsman has been awestruck by Dravid’s down to earth nature.

"I have always been awestruck by how incredibly calm and gentle a human being he is. To have achieved so much in cricket and to be so down to earth, humble and kind towards everyone is incredible to watch,” added the 21-year-old, who plays for Karnataka.

"To have him (Dravid) as our coach, you couldn’t ask for anything more and to have a mentor like him beside you, it's just a great feeling, and hopefully, I can pick up a lot of things from him,” said Padikkal.

Another southpaw Nitish Rana is also looking forward to working with Dravid.

"I have heard that Rahul Dravid as a coach is similar to Rahul Dravid as a player. I wish I could bring even one per cent of the patience he has within me; it will be a big achievement for me,” said Rana, who plays for Delhi in domestic cricket.

Even rookie Saurashtra pacer Chetan Sakariya wants to be as determined as Dravid.

"I would want to learn how he was so determined when the opposing teams like Australia and England played dominant cricket.

"I want to understand how he troubled them and how he could achieve so much with sheer determination. I want to learn and understand the process which goes behind that mindset,” said Sakariya. PTI NRB

India will take on Sri Lanka in the limited overs series, comprising three ODIs and as many T20s, beginning here from July 18.