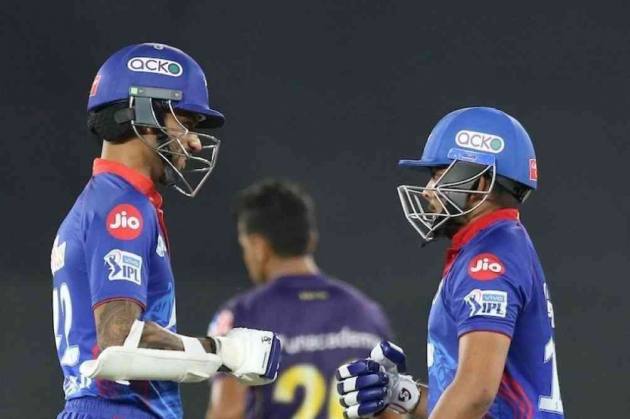 Former India batsman WV Raman has backed Prithvi Shaw to open in the upcoming limited overs series against Sri Lanka alongside skipper Shikhar Dhawan as young Mumbaikar needs to be given enough opportunities to succeed in his comeback trail. Live Streaming | News

Shaw was dropped after an indifferent first Test in Adelaide but since then scored heavily in domestic one day competition to force his way back into the national team.

"I think you would probably have Shikhar (Dhawan) opening obviously, because one is that is the captain and two is that you would probably think of having Prithvi Shaw, he has played for the country, he has done well," Raman told PTI in an interview on Friday.  Both Shikhar Dhawan and Prithvi Shaw play for Delhi Capitals in Indian Premier League.

"You need to try and give him as much (many) opportunities as possible for him to get back into form, because he is young and got enormous talent," said Raman, who was associated with NCA and had monitored progress of junior cricketers before being appointed head coach of the women's team, a post he had recently relinquished.

The Indian squad comprises many openers like Devdutt Padikkal, Ruturaj Gaikwad, apart from Dhawan and Shaw, but Raman felt that having played for India earlier would go into Shaw’s favour.

"Yes, you do have immensely talented (Devdutt) Padikkal and the rest, but having being there before and done it, I think Prithvi Shaw would probably get the first draw from the others because that is how it always happens," explained Raman, who was also the women's head coach.

Raman also praised Suryakumar Yadav, who has had a fine start to his international career against England earlier this year, saying he has improved in leaps and bounds.

"I was associated with the KKR (Kolkata Knight Riders) and he (Surya) was part of (it), in fact KKR bought him in 2014. From then to now, he has really improved by the year and the fantastic thing about him is that he is held on regardless of the fact that his good performances sometimes have not been rewarded," said Raman.

Raman loves the fact that when he was being repeatedly overlooked, Surya didn't lose confidence.

"Something that really needs to be appreciated. It is very easy for a cricketer to get disappointed, but the fact is that Suryakumar Yadav (has) carried on, being aware of the fact his time would come."

In fact, Suya is no longer a uni-dimensional player like he used to be some years back.

"He was perhaps a player who would play one particular 90 degrees and not the other (way), but he has become an all-round player now and he has a wide range of shots," said 56-year-old Raman, himself a former left-handed batsman.

This will be Rahul Dravid's first tour as the head coach of the Indian senior team and Raman feels that the youngsters have a calm and reassuring face to look up to.

"A person as highly experienced as Dravid has the ability to absorb pressure as a coach and not allowing it to transfer on the boys, which means that he will bring in a sense of calm."

"And he will be motivating the boys. The boys are in for a good time and they are in capable hands and I am sure he (Dravid) will only be (of) positive influence, which is quite obvious," said Raman.

The first ODI between India and Sri Lanka will be aired on Sony Ten 1, Sony Ten 3 and Sony Six on July 18, from 3 PM. Raman will also be commentating on Sony Ten 4 in Tamil.