Just like the ODI match at Johannesburg`s Wanderers Stadium in 2017, Sri Lanka vs South Africa group match of the ICC Cricket World Cup 2019 at the Riverside Ground, Chester-le-Street was hit attacked by a swarm of bees 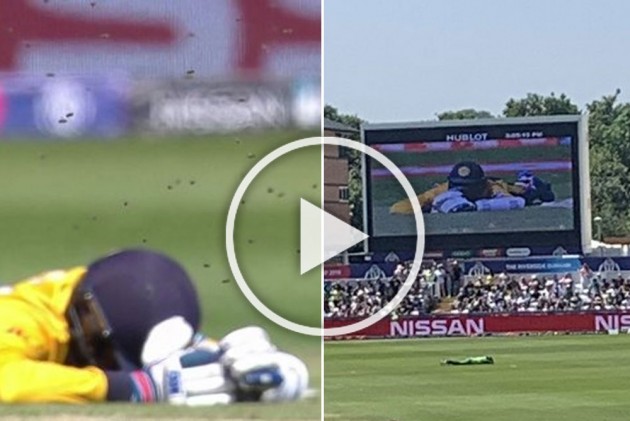 It seems like there 's something about bees and Sri Lankan vs South Africa matches. For the second time, an ODI match between the two sides was interrupted due to attacks from the wing insects. In a bizarre incident in their ICC Cricket World Cup 2019 group match at the Riverside Ground, Chester-le-Street, swarms of bees came across the stadium, interrupting Sri Lanka's innings on Friday.

It happened in the 48th over of Sri Lanka innings, prompting players and umpires to take evasive action and hit the ground. Laughter broke out in the stands as the supporters were treated to the odd sight of several top-class internationals ducking away from insects.

It came as perhaps a welcome distraction for Sri Lanka, who had been 67-1 but stuttered badly from there as Dwaine Pretorius took 3-25.

In 2017, an ODI match at Johannesburg`s Wanderers Stadium between the two sides was also hit by a bee attack.

Avishka Fernando and Kusal Perera (both 30) top-scored for the batting side, while Chris Morris (3-46) and Kagiso Rabada (2-36) also contributed for South Africa.

The Proteas were eliminated prior to Friday's meeting but Sri Lanka retain hope of catching fourth-placed England - two points ahead having played a game more - and reaching the semi-finals.