Sofia Kenin Out Of US Open Tennis With COVID

Kenin's best showing at the US Open is a fourth-round finish last year. She won the Australian Open in 2020 and was the runner-up at the French Open the following year 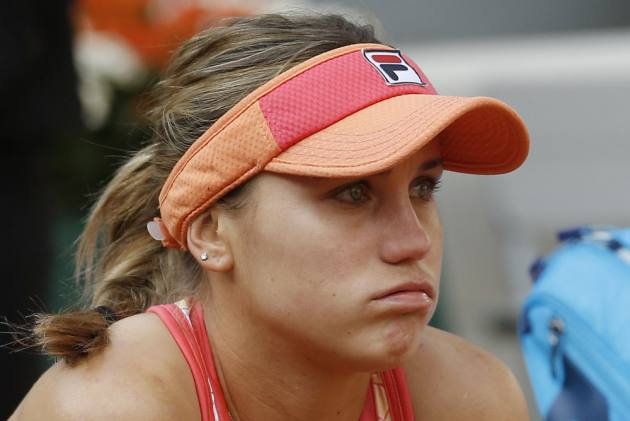 Fifth-ranked Sofia Kenin pulled out of the U.S. Open because she recently tested positive for COVID-19, even though she said she has received a vaccine. (More Tennis News)

Kenin announced on Wednesday what she called “disappointing news” on social media.

She is a 22-year-old American who won the 2020 Australian Open and was the runner-up at the French Open later last year. Her best showing at the U.S. Open is a fourth-round finish last year.

“Fortunately I am vaccinated and thus my symptoms have been fairly mild,” Kenin wrote.

“However I have continued to test positive and thus will not be able to compete at the U.S. Open next week.”

The year's last Grand Slam tennis tournament starts Monday in New York, with spectators allowed at 100% capacity after no fans could attend last year because of the coronavirus pandemic.

“I plan to spend the next several weeks getting healthy and preparing to play well this fall,” Kenin posted Wednesday.

“Thank you all for supporting me.”

Hampered by a foot injury, Kenin has not played since a second-round loss at Wimbledon on June 30.

She joins a lengthy list of past major champions who have withdrawn from the U.S. Open.

Earlier Wednesday, sisters Serena and Venus Williams said they would not be able to play in the tournament because of leg injuries. Serena owns 23 Grand Slam singles titles; Venus has seven.

Roger Federer (right knee) and Rafael Nadal (left foot) — who each has won 20 majors — already had said they were done for the season. Stan Wawrinka (foot surgery) and reigning men's champion Dominic Thiem (right wrist) are among the others who will be sitting out the competition on the hard courts in Flushing Meadows.

Milos Raonic, the runner-up at Wimbledon in 2016, also withdrew from the U.S. Open on Wednesday, citing an injured right leg.

The brackets for the singles draws are scheduled to be released on Thursday. Kenin, Raonic and the Williams sisters will be replaced in the fields by players who lose in qualifying rounds this week, the U.S. Tennis Association said.