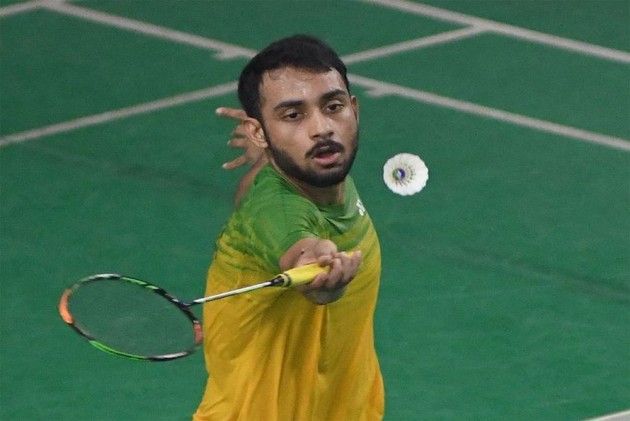 The reigning national champion, who had won the Dutch Open and Korea Open last year, will now take on China's Sun Fei Xiang in the summit clash.

Sourabh had beaten Minoru en route to his title win at the Slovenian International earlier this year.

ALSO READ: There Is A Vacant Space In My Cabinet For Olympic Gold - PV Sindhu

"Through to the finals here in Vietnam open super 100 tournament with a victory over japan's minoru koga. Will be playing against chinese tomorrow for the title," tweeted Sourabh after the win.

Through to the finals here in Vietnam open super 100 tournament with a victory over japan's minoru koga 22-20,21-15. Will be playing against chinese tomorrow for the title.ðÂÂÂðÂÂ¸#vietnam #badminton #ongc #india @ Ho… https://t.co/ZYYdo2stNO

Sourabh fell behind 0-4 early on in the opening game but the Indian made amends quickly to grab a slender 11-9 advantage at the interval.

He reeled off three quick points to make it 14-9 but Minoru slowly clawed back at 18-18 and even held a game point at 20-19 but the Indian pocketed three straight points to earn the bragging rights.

In the second game, Minoru once again marched ahead to a 7-2 lead initially and enjoyed a 11-8 cushion at the breather.

The Japanese shuttler managed to keep his nose ahead after the break before Sourabh produced a five-point burst at 12-14 to turn the tables on his opponent.

Sourabh then reeled off another four points to seal his place in the final.