Sourav Ganguly Is My Buddy, We Have Enough Mutual Respect: Ravi Shastri

Ravi Shastri opened up on his equation with Sourav Ganguly. They have a love-hate relationship. 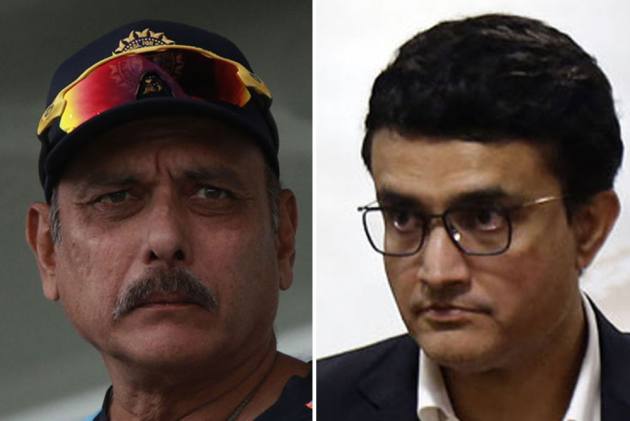 It's an open secret that former India head coach Ravi Shastri and BCCI president Sourav Ganguly haven't had the best working relationship. But Shastri has played down their differences, saying they "are buddies." (More Cricket News)

"We are buddies. Not that we play marbles with each other everyday but there is enough mutual respect," Shastri told India Today. "All that in the past."

The 59-year-old also slammed the media for playing dirty, and said, "when you have a winning record of over 70 percent in all formats, I don't have to answer anyone. The records are out there and that is what matters.

"I can say whatever I did but if the scoresheet shows that is not true, you can't argue. You just have to shut up, put your tail between the legs and get lost. But in this case, the facts are out there."

Shastri's tenure with the Indian team ended with an early exit from T20 World Cup.

He also hinted that Virat Kohli is likely to relinquish captaincy in other formats of the game, after doing so in the T20 format.

"In red ball cricket, India have been number one for the last five years under his captaincy. Unless, he wants to give it up or he is mentally fatigued where he says he wants to focus on my batting which can happen in the near future," Shastri told India Today, when asked about workload management.

"It wont happen immediately but it can happen. The same might happen with white ball cricket, he might say he had enough and he focuses on Test captaincy. It is his mind and body that will make that decision. He won't be the first.

"A lot of successful players have given up captaincy to focus on their batting for their side," Shastri added.