While Sourav Ganguly is regarded as one of the greatest Indian captains, Abhijit Banerjee and Esther Duflo are the world's most-feted economist couple for the last two decades, fighting poverty 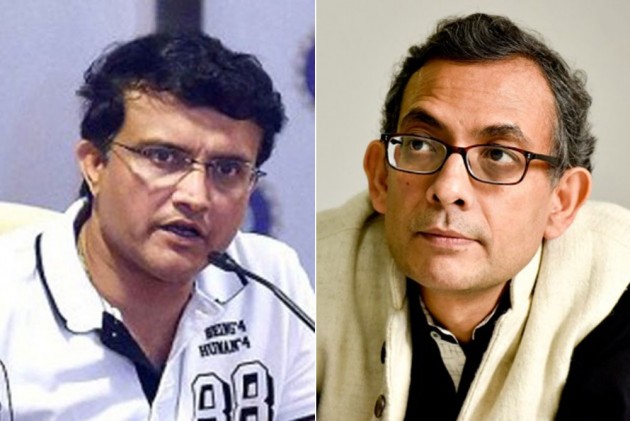 It was a hectic Monday for Indians. For many, early morning routine started reading the news of Sourav Ganguly, one of India's greatest cricketers, getting possibly the most coveted sporting jobs in the country -- the president of Board of Control for Cricket in India (BCCI); then hours later, Indian-born Abhijit Banerjee and his wife Esther Duflo were declared as the joint-winners of the Nobel Prize in Economics, along with American Michael Kremer. (More Cricket News)

The following day, congratulating Banerjee, Ganguly called the achievement "terrific,". "It's (Nobel prize) a much bigger and terrific achievement. I have not met him (Banerjee). I was reading about him on the flight and what he did ... It's on economics related to poverty. He's a special person. Hopefully, I will meet him someday," Ganguly said.

"From all of us, heartiest congratulations (to Banerjee)," the former India captain, who was returning to his home town to a rousing reception after being anointed as the BCCI president, added.

While Ganguly is regarded as one of the greatest Indian captains, Banerjee and Duflo are the world's most-feted economist couple for the last two decades. After retirement, Ganguly joined cricket administration, taking over the reigns of the Cricket Association of Bengal from Jagmohan Dalmiya, and will now run the show at the world's richest and most powerful cricket board.

Both Banerjee and Duflo are professors at the Massachusetts Institute of Technology (MIT). Banerjee became the eighth Indian to get the award while Duflo, is the second woman to be awarded a Nobel in economics.