Stunned cricket fans, politicians and celebrities reacted to the news with alarm and prayed for the speedy recovery of Sourav Ganguly 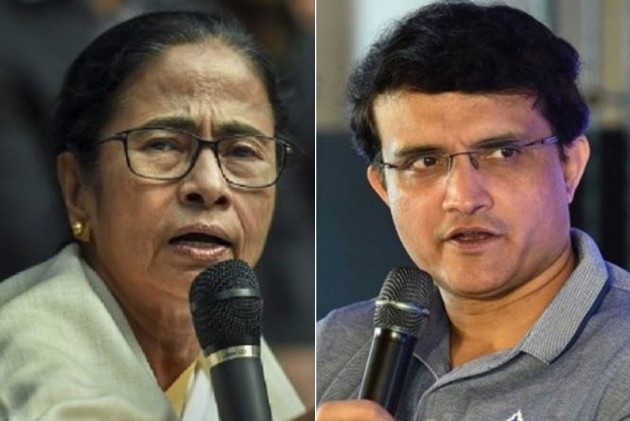 Former India captain and BCCI president Sourav Ganguly was admitted to a hospital in Kolkata on Saturday. The 48-year-old complained of dizziness and then suffered a blackout after he had returned from gym. (More Cricket News)

Stunned cricket fans, politicians and celebrities reacted to the news with alarm and prayed for the speedy recovery of batting great. West Bengal chief minister Mamata Banerjee was one of the firsts to share the news, and wished Ganguly a "speedy and full recovery.

She wrote in her tweet: "Sad to hear that @SGanguly99 suffered a mild cardiac arrest and has been admitted to hospital... Wishing him a speedy and full recovery. My thoughts and prayers are with him and his family!"

Sad to hear that @SGanguly99 suffered a mild cardiac arrest and has been admitted to hospital.

Wishing him a speedy and full recovery. My thoughts and prayers are with him and his family!

BCCI secretary Jay Shah also took to Twitter and said that "Dada is stable and is responding well to the treatment".

I wish and pray for the speedy recovery of @SGanguly99. I’ve spoken to his family. Dada is stable and is responding well to the treatment.

India spinner Ravichandran Ashwin, who's on national duty in Australia, wrote in his tweet: "Praying for Dada’s speedy recovery!"

And many more took to social media sites to wish Dada a speedy recovery.

We wish him a speedy recovery! pic.twitter.com/HkiwFhjyih

Praying for your speedy recovery. Get well soon ðÂÂÂÂÂÂÂÂÂÂÂÂÂÂÂÂÂÂÂÂÂÂÂÂÂÂÂÂÂÂ @SGanguly99

Wishing you a speedy recovery, get well soon dada @SGanguly99

Wishes pouring in for Maharaja from around the world.

A heart attack at 48 is disconcerting. Praying Sourav emerges unscathed....

Wishing speedy recovery to @SGanguly99. My thoughts are with his family and fans at this hour. Hope to see him back soon

Wishing you a speedy recovery Dada, @SGanguly99 . Praying that you get well soon

Wishing you a speedy recovery Dada, @SGanguly99 . Praying that you get well soon

Wishing speedy recovery for @SGanguly99 who suffered a heart attack. Gathered from CEO Woodlands Hospital that he is stable.

Get well soon DADA !! We pray for your speedy recovery .My SandArt at Puri beach in Odisha .@BCCI pic.twitter.com/iDBmJFgBWJ

Prayers and wishes for speedy recovery @SGanguly99 great man and a great leader the world has seen.

Just got to know about your ailment Sourav.
Hope each passing day brings you closer to a full and speedy recovery! Get well soon. pic.twitter.com/NIC6pFRRdv

The Woodlands hospital issued a statement saying a press bulletin will be released at 5 PM IST.

"Mr Sourav Ganguly, 48 years old, President BCCI, former Captain of Indian Cricket team and eminent personality suffered from chest discomfort while doing tread mill at his home gym. He had family history of IHD ØE Ischemic heart disease. When he came to the hospital at 1pm, his pulse was 70/min, BP 130/80 mm of Hg and other clinical parameters were within normal limits. His ECG showed hyper acute ST segment elevation in inferior leads and lateral leads. Echo showed mild inferior wall hypokynaesia with preserved overall left ventricular function. He is stable haemodynamically. He has received loading doses of dual anti platelets and statin and is undergoing primary angioplasty now," the statement read.

The development came at a time when speculations were rife about his joining politics ahead of the state assembly elections likely in April-May this year.

He became the BCCI's 39th president succeeding C K Khanna, who was the interim head of the Board since 2017.

Ganguly's tenure was for nine months but continued as the Supreme Court has still not ruled on the BCCI's plea seeking amendments to its new constitution, which put a cap on the age and tenure of office-bearers as recommended by the Lodha Committee.

Ganguly had earlier held positions in the Cricket Association of Bengal. The former India captain began as joint secretary at the CAB in 2014.