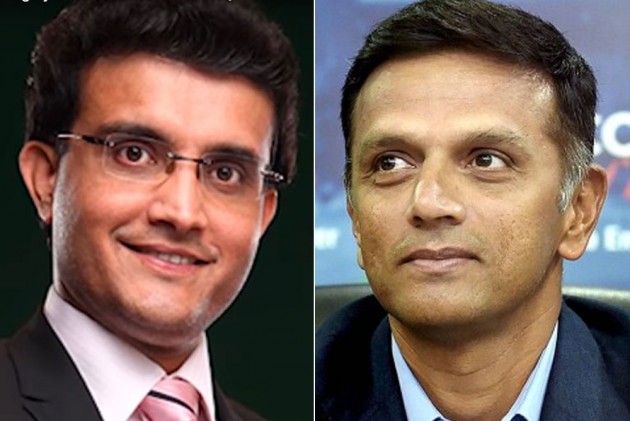 Having risen through the ranks together as players, BCCI President Sourav Ganguly and NCA Head Rahul Dravid hold important administrative positions in Indian cricket at present and former teammate V.V.S. Laxman believes that their partnership will be crucial for Indian crickets rise in the years to come. (More Cricket News)

Speaking on Star Sports show Cricket Connected, Laxman spoke about the importance of Sourav Ganguly and Rahul Dravid partnership in the administration of Indian cricket. "It is great! the partnership between BCCI President Ganguly and National Cricket Academy (NCA) Head Dravid. If the Indian team wants to be successful in every format, then this partnership is of utmost importance. I think everyone is important, the team captain, NCA Head and BCCI President."

Earlier, reminiscing their debut at Lord's in 1996, Ganguly had revealed how he was waiting at the iconic balcony hoping to see Dravid complete a century on debut just like he had. Ganguly played a superb knock of 131 for which he consumed 301 deliveries. The stylish knock was studded with 20 boundaries. Dravid, meanwhile, faced 267 deliveries during his knock which consisted of 6 boundaries.

"I was too engrossed in my performance to be honest. When he (Dravid) came into bat, I was already at 70 odd. I remember my 100 scoring shot which was a cover drive through point and he was at the non-striker's end. I finished the day at 131, I got out an hour after tea and he carried on," he added.

"He came back the next morning and got 95. I was standing at the Lord's balcony hoping that he would get a hundred. I have seen him play at the under 15s, then Ranji Trophy together. I had seen his debut at Eden Gardens and then seeing his debut at Lord's. So, I watched his career closely. It would have been great had we both got hundreds that day," Ganguly had said.