BCCI has taken 'six' adjournments and the Supreme Court is not amused. Next hearing on Ganguly and Jay Shah's future as BCCI office-bearers on March 23 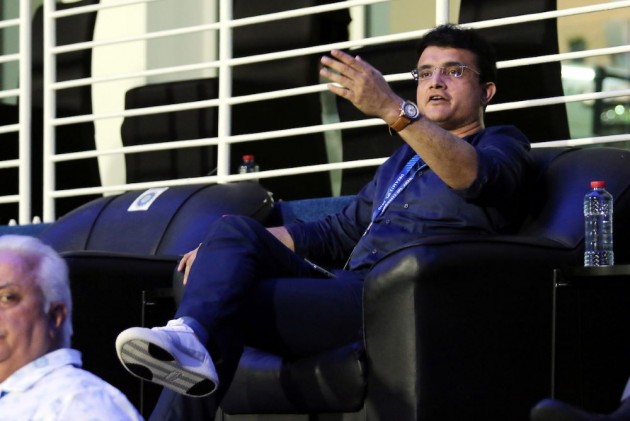 The Supreme Court on Tuesday rebuked the Board of Control for Cricket in India counsel for continuously causing delays to hear the matter relating to Sourav Ganguly's continuation as BCCI president. (More Cricket News)

The apex court indicated that it would make its decision on March 23 and will not permit any further adjournment.

Three BCCI office bearers -- Ganguly, secretary Jay Shah and joint secretary Jayesh George -- have not relinquished their positions in spite of the fact that their terms ended last year.

According to the BCCI's constitution, that was approved by the Supreme Court in August 2018, the three office-bearers should now have been 'cooling off' for three years after serving six years at a stretch as an administrator in either a state association or the cricket Board.

The BCCI is seeking six major amendments in its constitution and extension of the tenure of the office-bearers is one of them.

Simply put, BCCI doesn't want Ganguly & Co to 'cool off' and finds the constitution, built on the recommendations of former Chief Justice of India RM Lodha and signed off by another CJI, Dipak Misra, as an 'encroachment' to its authority.

On Tuesday, Justice Nageswara Rao, who is well versed with the functioning of the BCCI and probed the 2013 IPL betting case, admonished Solicitor General of India Tushar Mehta for repeatedly seeking adjournments on behalf of the Board.

"We can't keep adjourning like this. We had adjourned six times. Don’t adjourn ... we will not adjourn it... list on March 23," said Justice Rao.

The bench consisting of Justice Rao and Justice Ravindra Bhat is hearing 14 petitions, most of them wanting the apex court to recall various directions of the Supreme Court based on the reforms suggested by the Lodha committee.

At least two state associations -- Haryana and Tamil Nadu -- have not even complied with the regulations in the constitution.

"If the Supreme Court overturns its own decisions now, the BCCI constitution will become as good as junk," said a senior lawyer following this matter closely.

"In any case, the BCCI has been freely breaking the constitution and hiding behind the petition. There are so many cases of contempt and it is a shame that BCCI has remained defiant," added the lawyer.

On Saturday (February 13), the Board's lawyers sought a two-week adjournment saying the BCCI was "in difficulty" to appear for the hearing. It is being felt that the BCCI didn't want any adverse order that would impact Ganguly and Shah two days before the IPL 2021 players' auction in Chennai.

While there is nothing called a 'final' date in the corridors of court, the mood shown by the judges and the way Tushar Mehta was chided, will make the BCCI bigwigs wary.