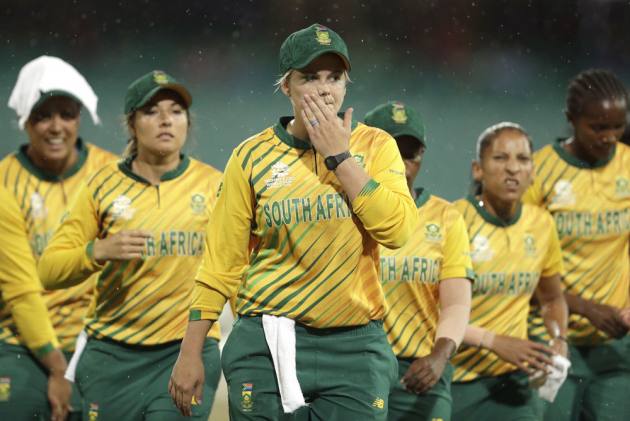 The BCCI may have decided against their women's team travelling to England citing rising COVID-19 cases in India but 24-member South African women's team is certainly on course for the proposed tour in September.

The members of the national high-performance squad will train together in Pretoria for the first time since March when the COVID-19 pandemic had forced the suspension of cricket and confined the players to their homes.

Indian women's team was also scheduled to tour England for the tri-series (also involving SA) but it had pulled out due to the health crisis in their own country.

The South African women's team had last played at the semi-finals of the T20 World Cup in Australia in March with their home series against Australia and the tour of Caribbean in June being postponed due to the outbreak of the dreaded disease.

After the week-long camp, which will be held in a bio-secure environment at the Powerade High Performance Centre (HPC), the cricketers will return to their respective provinces for individual training from August 2 to 14. They will again assemble for a two-week camp from August 16 to 27.

The players and support staff are currently undergoing COVID-19 tests and they will need to clear the test again to attend the second camp.

"The projected tour of England will have a heavy emphasis on the 50-over format as we start preparing for the ICC Women's World Cup which is still scheduled to be played in New Zealand early next year," CSA Director of Cricket Graeme Smith was quoted as saying by Cricket South Africa.

"We have been through a frustrating period with our Momentum Proteas not able to build on the excellent form they showed at the ICC Women's T20 World Cup and next week’s camp represents an important new starting point."