Sri Lanka have won their past two Test series against South Africa, but the Proteas have a great record at Centurion. 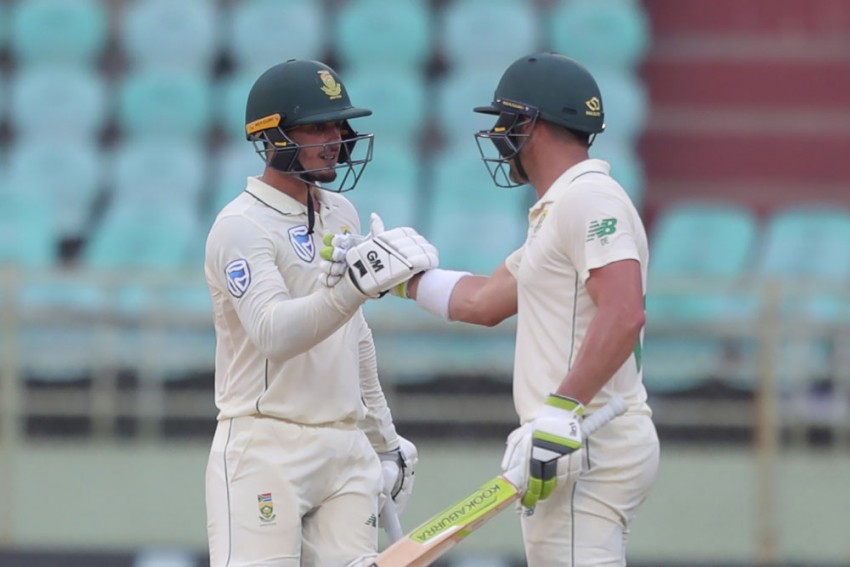 South Africa will be out for Test revenge when they start a two-match Test series against Sri Lanka on Boxing Day.  (More Cricket News)

The Proteas are going through a transitional period, which has seen them lose all but one of their past five series in the longest format.

Two of those defeats have come against Sri Lanka, who arrived in the Centurion bubble hungry to end 2020 on a high note under former South Africa head coach Mickey Arthur.

De Kock has taken over as captain on a temporary basis for the 2020-21 season as the selectors take their time to decide who to appoint as Faf du Plessis' successor.

The wicketkeeper-batsman has called on a youthful Proteas team to step up in their first Test since January due to the coronavirus pandemic.

He said: "We've got a young team. We need our younger guys to come through and learn fast so we can have a structured team. That's what I would hope for from this season, for the new guys to come in and start scoring runs and putting up their hands."

Migael Pretorius, Sarel Erwee, Glenton Stuurman and Kyle Verreynne were all called up to the South Africa squad for the first time.

The tourists' last game in the longest format was also back in January, when they drew with Zimbabwe to win the series 1-0.

Dean Elgar sets the tone beautifully at the top of the order. Will we see more of it in the #BetwayTest Series? #SAvSL #SeeUsOnThePitch pic.twitter.com/1lS3fRkKeV

As well as having several new faces in the squad, South Africa also welcomed back Aiden Markram.

The opening batsman suffered a fractured finger at the end of last year, ruling him out of the remainder of a series loss to England.

Markram has been in great domestic form for the Titans, scoring three centuries before making 75 in his most recent knock.

The 26-year-old has been talked of as a potential Proteas captain, but his short-term focus is on making a big contribution at the top of the order.

He said: "I had time [during the COVID-19 pandemic] to touch base with things that worked in the past. It felt like everything was becoming a bit rushed with a lot of cricket and when you're out of form, it can be a snowball effect.

"I am moving well and things are starting to get back to where they were 18 months ago."

Can they maintain their unbeaten record in the Boxing Day match?#SAvSL | #WTC21 pic.twitter.com/kxriAGAb3b

KARUNARATNE: WE'RE ON A PAR WITH PROTEAS PACE ATTACK

Sri Lanka skipper Dimuth Karunaratne will be unable to call upon Angelo Mathews after he was ruled out of the tour due to injury.

The tourists have a concern over a niggle sustained by Suranga Lakmal, but Karunaratne believes they have a pace attack that can trouble South Africa.

He said: "We're going to need the fast bowlers at Centurion and the Wanderers [venue for the second Test]. Last time we came to South Africa we didn't have many options - Lahiru Kumara and Dushmantha Chameera weren't here. This time we do have that strength, and we will need it.

"If the opposition thinks that we don't have a lot of pace or bounce in our team, that emboldens them to use their conditions even more against us.

"But on this tour, we have fast bowlers, and if you look at pace, we're about equal. I think the batsmen will be the difference. Whoever is the better batting side has a good chance of winning the series."

- Sri Lanka have won four consecutive Tests against South Africa, having previously gone six games unbeaten against them in the format (W5 D1).
- South Africa have won all four Tests against Sri Lanka at Centurion and been victorious in 20 of their 25 matches at the venue in the longest format.
- The Proteas have taken 83 per cent of their catches in Test matches since the start of 2018, the highest share of any side across that period. Five teams have recorded better rates than Sri Lanka in that time.
- Du Plessis and Dean Elgar are closing in on 4,000 Test runs, requiring 99 and 112 respectively to reach a milestone only eight South African batsmen have achieved.