South Africa Vs Pakistan, 4th T20I, Live Streaming: When And Where To Watch SA-PAK Series Finale 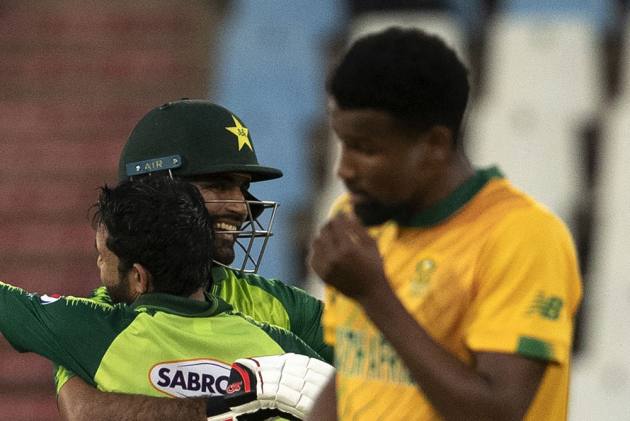 Pakistan's limited-overs tour of South Africa 2021 concludes on Friday with the fourth and final T20 International match. And Babar Azam's men are on the cusp of winning back-to-back T20I series against South Africa. (More Cricket News)

Azam hit a sensational 122 from 59 balls to help Pakistan chase down South Africa's 203/5 with ease in the third match at SuperSport Park, Centurion on Wednesday. They now take on the Proteas with a 2-1 lead in the four-match series at the same venue.

Pakistan, after taking the three-match series 2-1, started the T20I series with a four-wicket win in Johannesburg. the Proteas, handicapped by the departures of their established stars for the Indian Premier League, hit back with a 6-wicket win to level the series.

Earlier this year, Pakistan beat South Africa 2-1 in a three-match series at home.

Head to head: This will be their 21st meeting in the shortest format of the game, and the head-to-head record is 10-10 now. Pakistan have won three of the last five meetings.