South Africans To Train In India Ahead of Cricket Series In September-October; Full Schedule Of IND vs SA 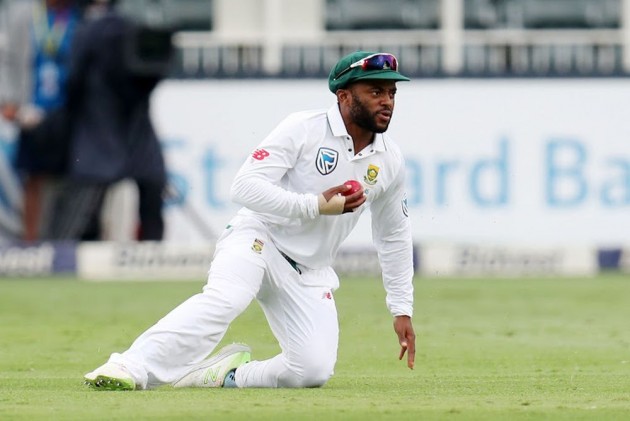 Temba Bavuma and Aiden Markram are among a group of South African cricketers who are being sent to India in advance to prepare for the upcoming series against India in September-October this year. In the absence of Hashim Amla and AB de Villiers, South Africa will be majorly tested in Indian conditions and their previous records are not inspiring at all. (CRICKET NEWS)

Bavuma was part of the 2015 South African squad that lost the four-Test series three-nil in India. In their camp starting in Bengaluru from August 17-23, Bavuma will be joined by Markram, who got a feel of the Indian team when Virat Kohli's team lost the away series in South Africa 2-1 in 2017-18. Upcoming South African batsmen Pieter Malan, Edward Moore, Janneman Malan, Sinethemba Qeshile and Matthew Breetzke will also be part of the camp in India.

Primarily to get a feel of the spinning conditions in India, South Africa is also sending a team of spinners to train in Bangalore. That group of seven has right-arm off-spinner Dane Piedt, who was part of the 2015 squad. With Imran Tahir gone from the longest format of the game, Piedt will be crucial for South Africa, especially in the Test series. The bowling group includes promising South African spinners Bjorn Fortuin, Tsepo Ndwandwa and Senuran Muthusamy.

The coaching staff has former national coach Russell Domingo and ex-players Paul Adams and Ashwell Prince. Adams in the bowling coach while Prince in the batting coach. CSA wants to prepare not only for the upcoming series but also the 2023 World Cup that will be played in India.

South Africa will be in India to play a series consisting of three T20 internationals and three Tests between September 15 and October 23. The Proteas return to play a three-match ODI series in March 2020.