Cricket South Africa director Graeme Smith revealed that the national team will be back on action in November.

The South African team was scheduled to tour Sri Lanka for three ODIs and as many T20Is in June before heading to the Caribbeans.
Twitter
PTI 2020-08-01T21:18:33+05:30 South Africa's West Indies And Sri Lanka Cricket Tours Postponed Indefinitely 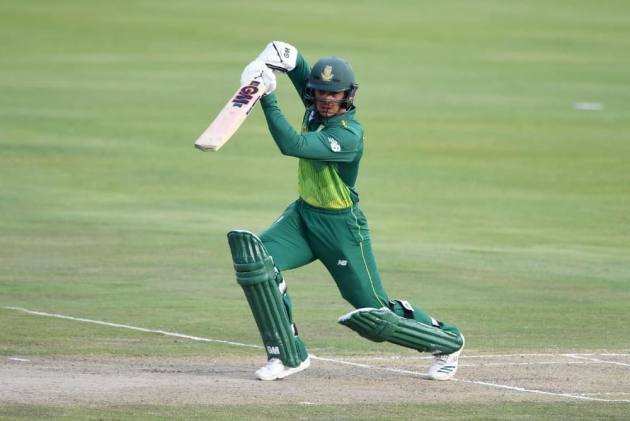 Cricket South Africa's (CSA) director of cricket Graeme Smith on Saturday said the Proteas' tours of West Indies and Sri Lanka have been postponed indefinitely owing to the COVID-19 pandemic.

Former captain Smith added that the national team is expected to be back in action in November.

Last week, Cricket West Indies chief executive Johnny Grave had expressed his board's interest to host South Africa for either a five-match T20I series or a two-Test rubber in September.

However, Smith said there is no time to slot a tour to the Caribbean as several South African players will be heading to play in the Indian Premier League (IPL), which is scheduled to be held from September 19 to November 8 in the UAE.

"West Indies has been postponed indefinitely. We are struggling to find a time with the IPL being fitted in," Smith was quoted as saying by ESPNCricinfo.

"It looks like our players are going to be needed from the beginning of September, government permitting, and travel permitting. Sri Lanka also (postponed)," Smith added.

The former skipper said the board is looking to reschedule all the series postponed due to the coronavirus outbreak, starting November.

"I expect that once things get up and running, our team, on the men's side, I would say from November onwards, if all goes well, it will be a really busy period for South African cricket, probably playing in times that we haven't played before and trying to cram in a lot of the missed tours," Smith added.

The South African team was scheduled to tour Sri Lanka for three ODIs and as many T20Is in June before heading to the Caribbeans to play two Tests and five T20s from July 23 to August 16. Both the tours were postponed due to the pandemic.