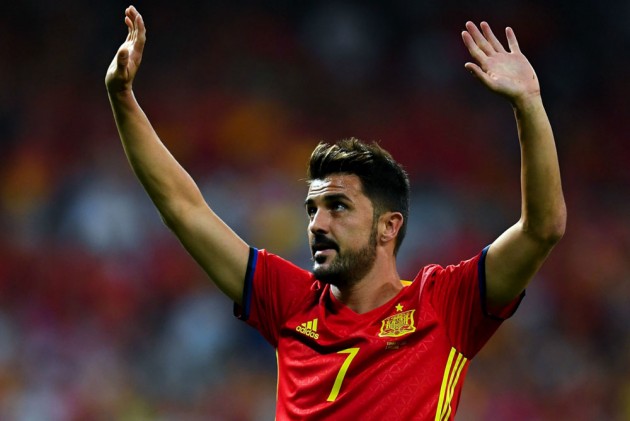 Spain and Barcelona great David Villa has announced he will retire from professional football at the end of the year.

Villa, who turns 38 next month, will retire at the end of Vissel Kobe's season, he announced during a news conference on Wednesday.

The forward has scored 12 goals in 26 J.League games for Vissel Kobe, the club he joined after a spell with New York City.

"Thank you for an outstanding career, @Guaje7Villa," Vissel Kobe wrote on Twitter, the club confirming on their website that Villa would retire at season's end.

Villa enjoyed a fine career, starring with Sporting Gijon before earning a move to Real Zaragoza, and a switch to Valencia followed.

After scoring more than 100 goals for Valencia, Villa joined Barcelona for three seasons – winning two LaLiga titles and a Champions League – before moving to Atletico Madrid.

Villa later spent four seasons with New York City and a brief spell at Melbourne City before heading to Japan.

It was confirmed on Tuesday that Villa is a lead investor in Queensboro FC, who are set to play in the USL Championship beginning in 2021.