Spain versus Italy Nations League semifinal is a rematch of the Euro 2020 semifinal, played three months ago. The winner will face either France or Belgium in the final. 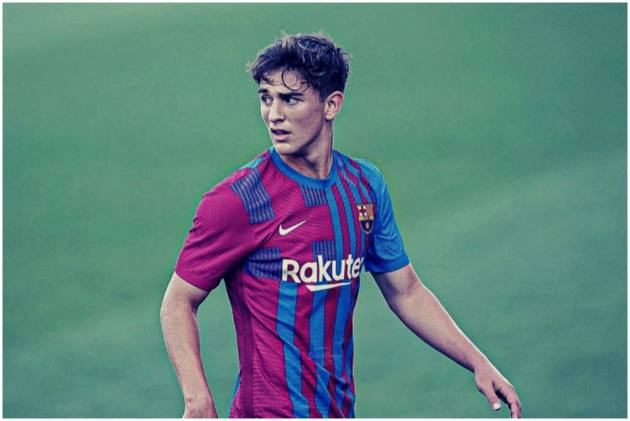 The 17-year-old Barcelona midfielder Gavi Páez has been summoned for Spain's Nations League semifinal against Italy next week. If Gavi plays, he will become Spain's youngest debutant, breaking the record held by Ángel Zubieta of 17 years, 284 days set in 1936. (More Football News)

While relying mostly on the core of players from the Euros, coach Luis Enrique surprisingly added Gavi to his squad on Thursday. The teenager made his first-team debut for Barcelona only a month ago against Getafe, becoming the fourth-youngest player for the club.

Since then he has become one of the few bright spots for embattled Barcelona coach Ronald Koeman, who has played Gavi in three more Spanish league matches and the team's two Champions League matches.

Luis Enrique said he has been watching Gavi since his stint as Barcelona coach when Gavi was coming up through its youth teams. “It could be too soon to bring him, but I only think it is risky to call up a young player if you are not sure that he can handle it,” Luis Enrique said.

“But I have known Gavi for years and I am convinced that he will become an important player for his club and for Spain.” The other new addition to Spain was Yéremi Pino, an 18-year-old winger for Villarreal. He may help make up for the absence of forward Dani Olmo and striker Álvaro Morata, both injured.

Chelsea defender Marcos Alonso was recalled to fill in for injured right-backs Jordi Alba and Jose Gayà. Real Madrid was left again without any players in Spain's squad, just like at the Euros.