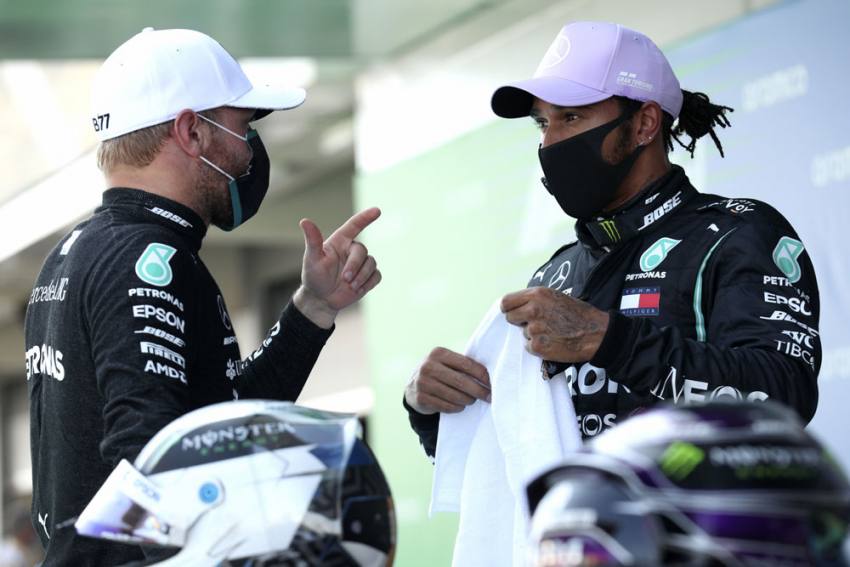 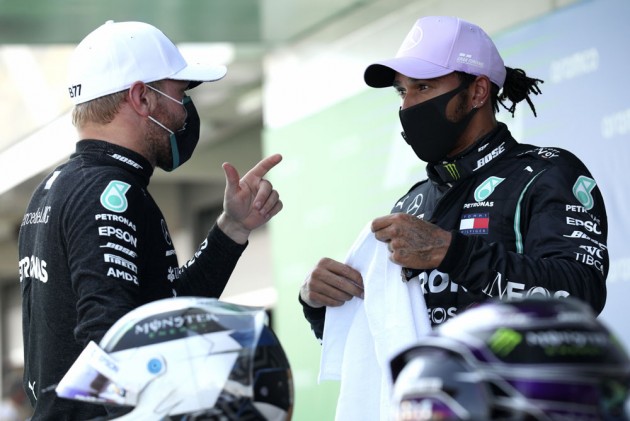 Lewis Hamilton qualified on pole for the Spanish Grand Prix as he secured his 150th front-row start in Formula One. (More Sports News)

The six-time world champion recorded a time of one minute 15.584 seconds at the Circuit de Barcelona-Catalunya to finish 0.059secs ahead of Mercedes team-mate Valtteri Bottas.

Hamilton, who was also fastest in the final practice session, has won in Spain in each of the last three years and will be eyeing a fourth race victory of the season.

Furthermore, a top-three finish on Sunday would see Hamilton achieve a record 156 podiums, edging him ahead of the legendary Michael Schumacher.

Red Bull's Max Verstappen took third, with Sergio Perez – returning this week after missing the last two races as he twice tested positive for coronavirus – joining him on the second row.

It was another day to forget for Ferrari, with Charles Leclerc in ninth and Sebastian Vettel down in 11th.

Sebastian Ocon, who crashed at the end of the final practice session following some apparent confusion between him and Kevin Magnussen, required significant repair work to his Renault and ended up 15th.

It Is The End Of An Era: Fans, Legends React As MS Dhoni Retires From International Cricket