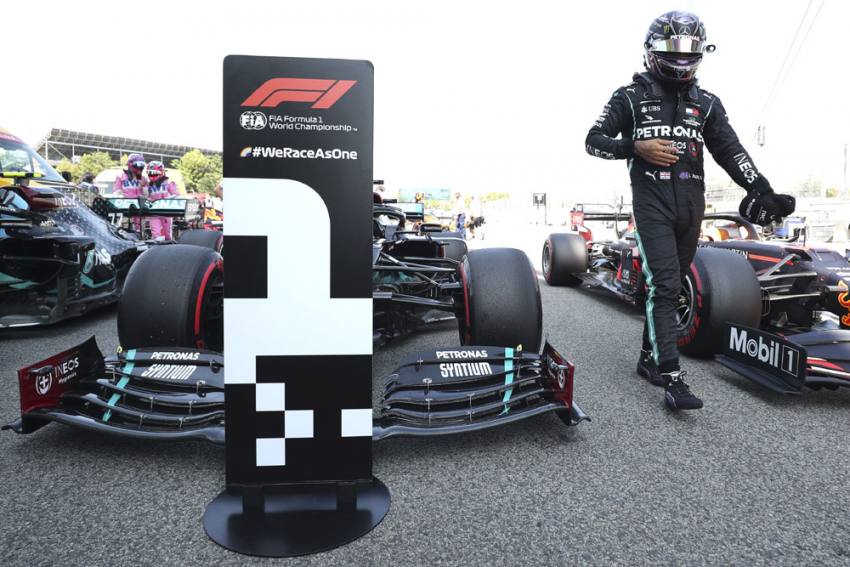 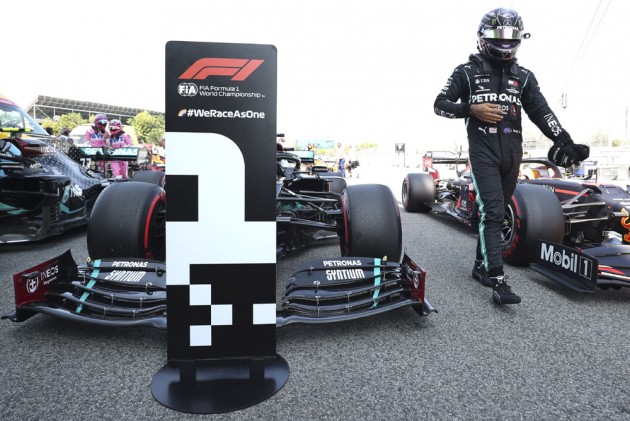 The Briton topped qualifying for the 92nd time in his stellar Formula One career as he underlined his dominance again at the Circuit de Barcelona-Catalunya.

Hamilton, a six-time world champion, has won in Spain in each of the last three seasons.

A top-three finish this weekend would take him ahead of Michael Schumacher, with whom he shares the record for podium spots.

WHAT HAPPENED IN QUALIFYING?

Hamilton topped the timesheets ahead of Mercedes team-mate Valtteri Bottas by 0.059 seconds.

It was the 35-year-old's pace over the third sector that saw him edge out the Finn to achieve his 92nd pole.

Red Bull's Max Verstappen took third, with Sergio Perez – returning after missing the last two races as he twice tested positive for coronavirus – joining him on the second row.

But it was another day to forget for Ferrari, with Charles Leclerc ninth and Sebastian Vettel down in 11th.

The focus will fall firmly on Hamilton once again as he chases history.

He is heading rapidly towards sporting immortality as the records continue to pile up, with this season offering the chance to tie Schumacher's tally of seven world titles.

But he is not likely to have it all his own way in Barcelona, where Bottas and Verstappen will both be hoping to pile on the pressure.

Hamilton spoke about the impact of the hot weather in qualifying, which will be amplified during the race when the drivers are forced to spend much longer at the wheel.

The boys lock out the front row at the #SpanishGP! Enjoyed that one, guys? pic.twitter.com/mrJKPtIU3v

Lewis Hamilton (pole): "It's the first time I've been here in Barcelona when it's been this hot. Physically it's tough, it's so fast round here, the forces to our body are pretty intense and the tyres are what we are really struggling with."

Max Verstappen (3rd): "I just hope I can apply a bit of pressure, we will do everything we can to be close and make it difficult."

Charles Leclerc (9th): "It's a big disappointment. It's very close between us, from sixth place to 10th place at least. I struggled massively with the car."

Sebastian Vettel (11th): "There's still some things I can’t really put an answer to but I'm trying to do everything I can and ignore all the things that might not be right and do the best that I can, that's all I can do at the moment."

Kimi Raikkonen (14th): "On the one hand it's been the first positive day of the year, it's good where we are. On the other hand, now we have a bit of speed we didn't have the set of tyres that maybe we could have gone even further."