Real Madrid will be facing the winner of the match between defending champions Athletic Bilbao and Atletico Madrid, who face each other in another semifinal on Thursday. 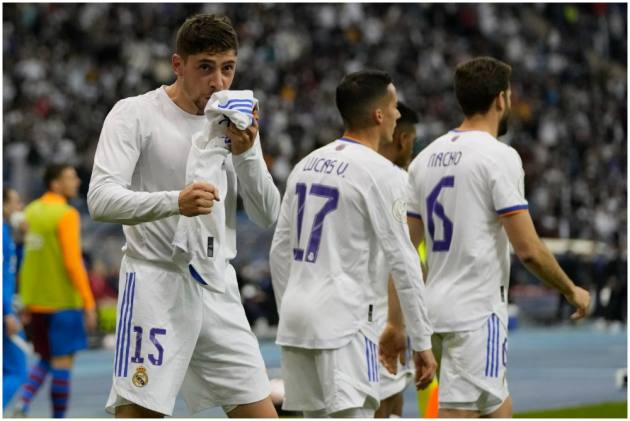 Federico Valverde scored in extra time to give Real Madrid a 3-2 win over Barcelona for their 100th victory over arch-rivals and a spot in the final of the Spanish Super Cup 2021-22 in Saudi Arabia. (More Football News)

Barcelona twice equalized in regular time but couldn't recover after Valverde scored from close range on a breakaway eight minutes into extra time.

Defending champions Athletic Bilbao will face La Liga champions Atletico Madrid in the other semifinal Thursday. The Spanish Super Cup is being played in Saudi Arabia again after the coronavirus pandemic transferred last year's edition back to Spain.

The competition was moved to Saudi Arabia — and expanded from two to four teams in a “Final Four” format — as part of a deal reportedly worth 30 million euros ($34 million) a year until 2029.

The changes drew criticism from human rights activists and complaints from fans who preferred the competition stayed in Spain. Among those complaining was Athletic midfielder Raúl García, who said this week it made “no sense” to play the games away from Spain.