Having emerged the fastest woman of the meet on Tuesday, Kaur added the women's 200m gold with another personal best time of 23.57 seconds. 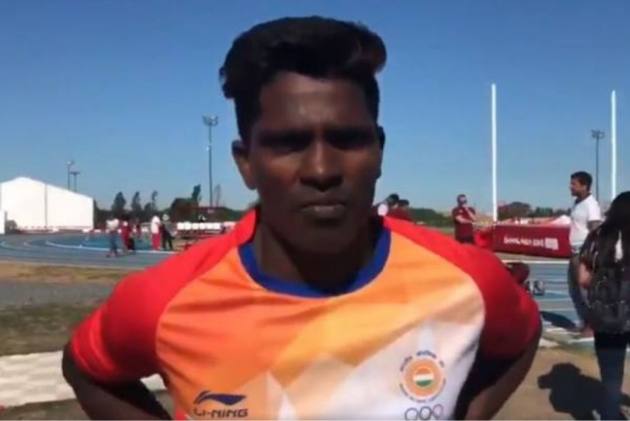 Having emerged the fastest woman of the meet on Tuesday, Kaur added the women's 200m gold with another personal best time of 23.57 seconds to confirm her growing stature among Indian sprinters.

AT Daneshwari clocked her maiden sub-24 second in winning 200m silver behind the Delhi teenager. Jagdale, winner of the 5000m on the opening day, brought the curtains down on the meet with a facile victory in the 3000m steeplechase in 9:51.76.

In the morning, there was surprise in store as Tamil Nadu triple jumper Praveen Chithravel, who had finished on top of podium during the National Open earlier this month, failed to win gold.

He had just one legal jump of 16.03m on his third attempt and that was good enough for a silver medal. State-mate Gailey Venister Devasahayam won gold with a personal best jump of 16.20m.

Jeswin Aldrin made it three out of four gold medals in the horizonal jumps for Tamil Nadu to add to the women's long jump yellow metal won by Sherin Abdul Gaffoor on Tuesday. Kerala's Sandra Babu claimed the women's triple jump title and Maharashtra's Sharvari Parulekar won the silver to deny Tamil Nadu the chance of sweeping all four gold.

Delhi's middle-distance runner KM Chanda won her battle with KM Deeksha in the 800m after watching her Madhya Pradesh rival steal a march on the final lap of the 1500m a couple of days ago.

It was some consolation for Delhi that conducted the meet at short notice after Tamil Nadu declared that it would be unable to host the competition.