The biggest decision for SRH in IPL 2021 has been to drop David Warner, who aggregated just 181 runs at an average of 24.37. 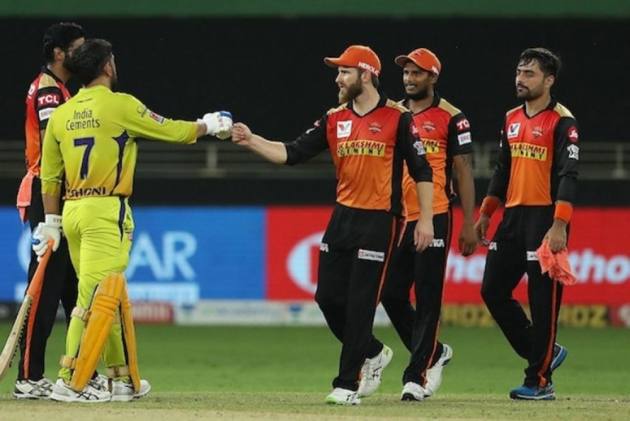 Virtually out of the play-off race, bottom-placed Sunrisers Hyderabad will hope to keep their new-found momentum intact when they face table toppers Chennai Super Kings in the IPL on Thursday. (More Cricket News)

The biggest decision for Williamson-led think tank has been to drop their big hitting opener David Warner, who aggregated just 181 runs at an average of 24.37. With speculation rife about the Aussie's future at his favourite franchise Hyderabad, the onus would be on the Kiwi skipper to revive the fortunes of the Orange Army.

English opener Jason Roy seized the opportunity on his debut to set it up with a quick 60 before Williamson sealed the challenging chase of 165 with nine balls to spare.

Even as the odds are high against them, the Williamson-led will look to win all their remaining four matches and also pray that the other results go in their favour. For a side that relies heavily on their overseas recruits, the onus will be on the likes of Wriddhiman Saha and Priyam Garg to step up.

"We can say the performance was improved. There was clarity in roles to, want to build on this, want to see the younger players take their opportunity and enjoy the cricket," Williamson had said after their seven-wicket win.

On the match against table toppers CSK, Williamson said, "It's a new venue, and CSK, top of the table, tough to beat. But as we know every team in this tournament is good. Hopefully we can play with a smile on our faces."

The MS Dhoni-led side are coming on the back of a hat-trick of wins and have virtually sealed their Play-off chances. It was Ravindra Jadeja who once again proved to be their game-changer on Sunday as his eight-ball 22 runs cameo pulled off last ball two-wicket win over Kolkata Knight Riders on Sunday.

The duo of South African great Faf du Plessis and Ruturaj Gaikwad have shown great chemistry up front while the likes of Moeen Ali, Suresh Raina and Ambati Rayudu form the core of their batting.

Young Indian opener Gaikwad especially has been in the form of his life with scores of 40, 38 and 88 not out as he has given the side strong starts in the power-play. The bowling department may look to be their weak link as it remains to be seen if Hyderabad is able to capitalise on it.

West Indian star all-rounder Dwayne Bravo was rested against Kolkata as it would be no surprise if he returns to the side in place of Sam Curran who leaked 56 runs from his four overs against KKR.