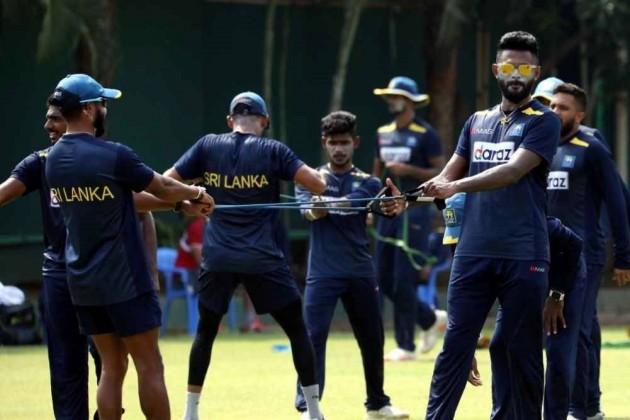 Udana had a very modest international career with sporadic appearances over 12 years in which he played only 21 ODIS and 35 T20 Internationals with just 45 wickets to show for his efforts.

The 33-year-old, who was part of the limited overs series against India that ended on Thursday, will, however, continue to play domestic and franchise cricket. He had represented Royal Challengers Bangalore in the IPL couple of seasons back.

"Cricket was, is and always will be my greatest love and I have always given my 100% both on and off the field, respecting and upholding the spirit of cricket and national pride always," Udana said in a statement posted on his Twitter.

The pacer said that he feels the time is right for him to step aside and pave the way for the younger crop.

"However, I believe the time has come, for me to retire from international cricket in order to make way for the next generation of players," said Udana whilst notifying his decision to Sri Lanka Cricket.

The left-arm medium pacer had made his T20I debut in 2009 against Australia at the T20 World Cup in which Sri Lanka lost the final to Pakistan. His maiden ODI game came against India in 2012.

"I am proud to have served my nation, and Sri Lanka Cricket with utmost dedication, commitment and passion to my fullest with a bunch of people who have touched my soul with the relationship of never-ending friendship," he added.

"Sri Lanka Cricket wishes Udana, who was a valuable player in Sri Lanka’s White-Ball teams, the very best in his future endeavors," SLC said on its website.