Sri Lanka Vs India, 2nd ODI, Live Streaming: When And Where To Watch SL Vs IND Cricket Match 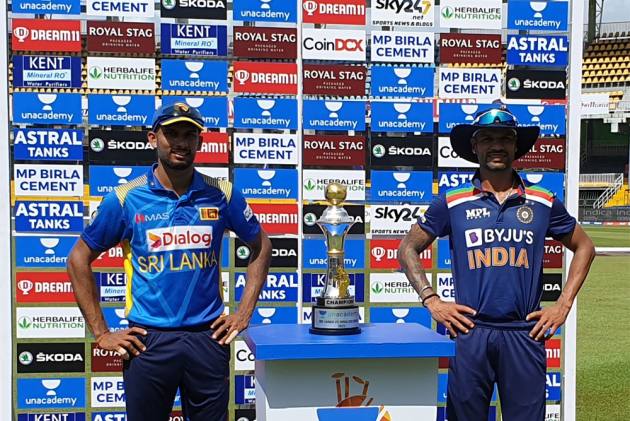 India's bench strength was on full display as the Shikhar Dhawan-led team hammered Sri Lanka by seven wickets in the first ODI match of the series at Premadasa Stadium, Colombo on Sunday. A win on Tuesday, and India will take the three-match series.

Dasun Shanaka, anointed Sri Lanka captain, just before the series, won the toss and opted to bat first. Despite a poor start to the innings, the hosts still managed to post 262/9 thanks to a late flourish. For India, Deepak Chahar, Yuzvendra Chahal and Kuldeep Yadav got a brace each.

India's chase got off to a flier with Prithvi Shaw and Dhawan stitching 58 runs for the first wicket in just 5.3 overs. Shaw departed for 43 off 24. Then one of the debutants, Ishan Kishan (59 off 42) joined hands with the skipper, who remained not out on 86 off 95. Manish Pandey made 26 off 40, while Suryakumar Yadav (31 off 20) was unbeaten as India reached the target in 36.4 overs.

Sri Lanka used seven bowlers, but none managed to trouble the Indian batsmen. Dhananjaya de Silva, however, got two wickets and Lakshan Sandakan one.

Expect another lopsided contest as the two teams meet for the second match.

India and Sri Lanka have met 160 times in ODIs. In the IND vs SL ODI fixtures so far, India have won 92 times, as against Sri Lanka's 56. There was one tied math and 11 no results too.

India also lead the ODI series head-to-head record 13-2 in the previous 18 engagements. Three had ended in draws. India are on an 11th series unbeaten run against Sri Lanka, winning the last eight. India last lost a series (0-3 in four matches) in Sri Lanka in 1997. Sri Lanka's only other win came four years ago before that, 2-1 in a three-match series, also at home.

Playing XIs in the first ODI