Sri Lanka vs India, Live Streaming: When And Where To Watch SL vs IND 1st ODI In Colombo 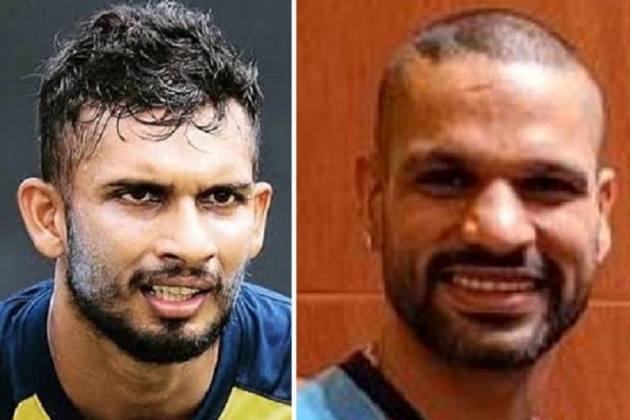 Much has happened even before first ball has been bowled in build up for India’s tour of Sri Lanka.  (More Cricket News)

A series designed  to keep India’s bench strength match fit and test new talent, the matches got delayed after the hosts team were hit by COVID. Sri Lanka returning from England where they were whitewashed reported positive cases forcing the Sri Lankan board to postpone the series from July 13 to 18.

As India’s first team assembled in Durham getting ready for the tough 5-match Test series against England, Shikhar Dhawan will be leading the bunch of youngsters, with six uncapped players, against a Sri Lanka side clearly in turmoil.

From contract issues to financial crises and another change in leadership on the cards, Sri Lanka are dealing with multiple issues.

For India it will be an opportunity to test new players and see how the likes of Devdutt Padikkal, Ruturaj Gaikwad, Krishnappa Gowtham, Chetan Sakariya, Varun Chakravarthy, and Nitish Rana do at international level. All six were picked after a good show in IPL and India team will be hoping that they make a smooth transition to international cricket.

Coach Rahul Dravid has already said that it is unrealistic to expect that all the youngsters picked for the limited-overs assignment will get a game.

The series marks the coaching return of Dravid, who is based in Bengaluru as the chief of the National Cricket Academy.

This will be last chance for many players to make an impression before the T20 World Cup. The World Cup, originally scheduled in India, is set to be held in the UAE in October because of the COVID-19 pandemic.

The three T20s in Sri Lanka hold more importance than the ODIs as it will be the last set of international games India play before the marquee event.

Meanwhile, Sri Lanka Cricket which also had to postpone its Lanka Premier League will hope that the side  gets back to winning ways after a comprehensive loss to England.  The news from the camp is not good as reports suggest that Kusal Perera is unlikely to be available due to injury.

Their most experienced player Angelo Mathews is the only one who didn’t sign the Tour Contract for India series and as per reports is thinking of retirement. Dasun Shanaka on Friday became the 10th Sri Lankan captain in the past four years when he was named skipper of a 23-member squad for the six-match white ball series against India starting here on July 18. Expect Sri Lanka to usher in few changes and draft fresh players in a bid to get back to winning ways.

Head-to-Head:
India Sri Lanka have a long history of playing ODIs starting in 1979. Since then the two sides have played 159 matches. India leads Sri Lanka with 91 wins. Lanka has won 56, while 11 matches have ended in no result. Seven matches had to be abandoned.