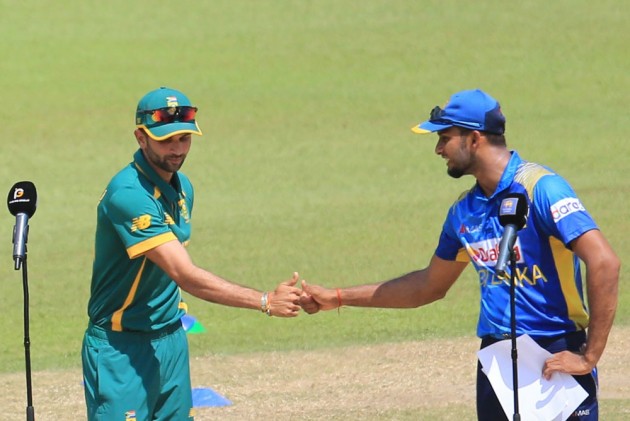 After winning the three-match ODI series 2-1, Sri Lanka will hope to continue their momentum as the rivalry shift to T20 cricket ahead of the World Cup next month. The two sides meet in the first of three T20Is at R. Premadasa Stadium, Colombo tonight (September 10). (More Cricket News)

Unlike the Poteas, Sri Lanka will go through the qualifiers ignominiously and will be up against non-Test playing nations. They should win Group A and qualify for the tournament proper at the ICC T20 World Cup 2021, but it's easier said. Other teams -- Ireland, Namibia and the Netherlands are giant killers in their own rights. So, how Dasun Shanaka & Co perform against South Africa will give a clear marker.

For the visitors, a good outing in Sri Lanka will be a morale booster. Despite their abundant talent, Proteas have always underperformed. In the absence of injured skipper Temba Bavuma, Keshav Maharaj will continue to lead the side in Sri Lanka. Interestingly though, he's uncapped in T20Is. But the return of Quinton de Kock augurs well for the side.

They have played only 13 T20I matches so far, with South Africa leading the head-to-head record 8-5. Proteas are on a three-match-winning run against Sri Lanka.