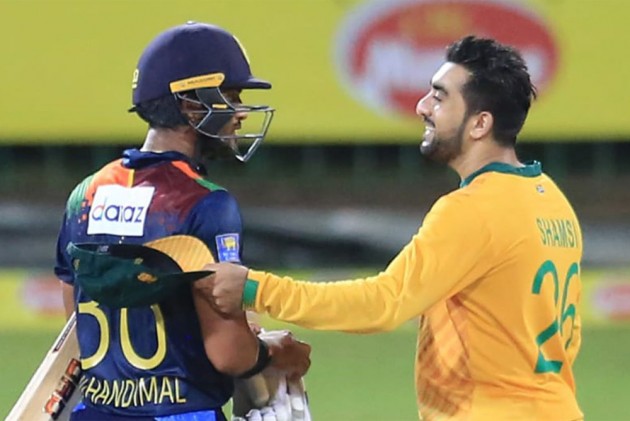 After the high of winning the ODI series, Sri Lanka fell flat in the T20 International opener against visiting South Africa on Friday, losing the match by 28 runs. Now the series is on the line.

Dinesh Chandimal tried to hold the innings together as Sri Lanka chase a 164-run target, but the veteran batsman was effectively left stranded, unbeaten on 66 off 54. The hosts could manage only 135/6.

Meanwhile, the Sri Lankan cricket board (SLC) has announced the squad for the upcoming ICC T20 World Cup, where they will go through the rigours of 'qualifiers'.

South Africa have already announced their squad for the mega-event. And a win tonight would be their third successive T20I series won, a good way to prepare themselves ahead of the mega-event.

In the last series between the two sides in 2019, South Africa blanked Sri Lanka 3-0 (three matches) at home.