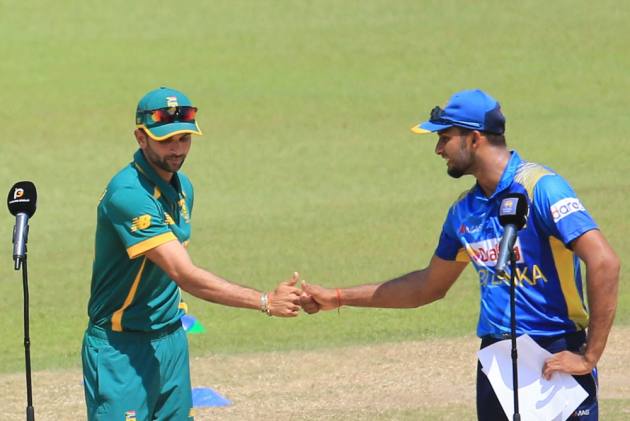 Sri Lanka registered a stunning 78-run win in the third and final ODI cricket match against South Africa at R. Premadasa Stadium, Colombo on Tuesday. Defending a below-par total of 203/9, Sri Lanka dismissed the Proteas for 125 in 30 overs and completed a 2-1 series win. The last time they win an ODI bilateral series against South Africa was way back in 2013, a 4-1 victory at home. The win also helped Dasun Shanaka & Co leapfrog South Africa to 8th place in the ICC Cricket World Cup Super League points table. Debutant Maheesh Theekshana took four wickets, while Dushmantha Chameera and Wanindu Hasaranga got two each as none of the South African batsmen made a mark in the series decider. Heinrich Klaasen was the top-scorerwith 22 off 30 balls. Earlier, Shanaka won the toss and opted to bat first. But the hosts failed to score freely against a disciplined South Africa attack. Lead by skipper Keshav Maharaj (3/38), Proteas spinners spun a web around Sri Lankan batsmen. George Linde (2/32) and Tabraiz Shamsi (2/31) took a brace each, while Aiden Markram and Wiaan Mulder got one each. Charith Asalanka top-scored for Sri Lanka with a patient 47 off 71. Sri Lanka won the first match by 14 runs, while South Africa took the rain-affected second game by 67 runs (DLS). The two teams will meet in a three-match T20 International series starting Friday (September 10) at the same venue. Catch highlights of the third SL vs SA ODI match here:

Sri Lanka won by 78 runs with debutant Maheesh Theekshana making his mark with a brilliant bowling display. The 21-year-old off-spinner returned with figures of 4/37.