This is going to be the first-ever stadium in India to be named after any footballer. Bhaichung Bhutia, the first Indian footballer to play 100 International matches said he is "honoured" 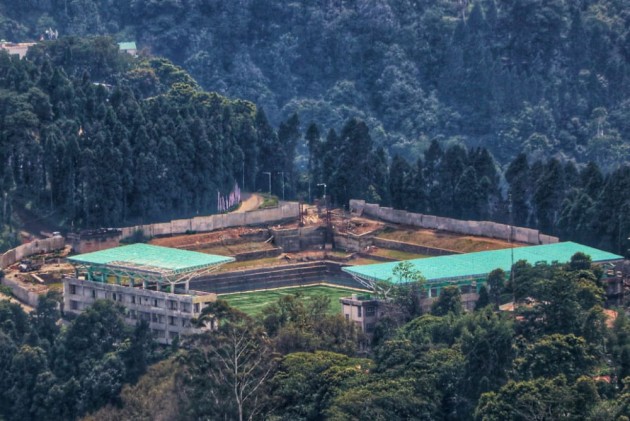 A floodlit, 15,000-capacity stadium in Sikkim, to be named after Indian football great Bhaichung Bhutia, will be inaugurated once the COVID-19 pandemic subsides. (More Football News)

The stadium is in Namchi, which is 25 kilometres away from the maestro's birthplace in Tinkitam.

"It's our tribute to one of the best Indian footballers. Even after hanging his boots, Bhaichung Bhutia has been a role model to many and will continue to inspire footballers of India, let alone Sikkim," Sikkim Football Association president Menla Ethenpa was quoted as saying by the All India Football Federation (AIFF).

"We can't repay for what he has done for Indian football. But a stadium named after him might be a small homage towards the great footballer," he added.

This is going to be the first-ever stadium in the country to be named after any footballer.

Bhutia, the first Indian footballer to play 100 International matches said he is "honoured".

"I'm very much honoured and excited. If you look at the larger picture I'm happier because the budding footballers will get another top-class facility and infrastructure to play football.

"This stadium has produced many footballers including me. I have so many memories of playing there," Bhutia said.

Groundwork of the Bhaichung Bhutia Football Stadium started in 2010 before it faced many roadblocks owing to financial difficulties.

After Prem Singh Tamang, the current Chief Minister of Sikkim, assumed his office, the construction work resumed once again.

"Our chief minister is an avid football supporter and he himself took interest to fast-track the construction work. Had the COVID-19 pandemic situation not disturbed the entire scenario, the stadium could have already been inaugurated already," Ethenpa said.

The artificial turf has already been laid besides setting up a 15,000-capacity stands. Ethenpa added that the plan of installing floodlights is already in the pipeline and it will be covered in the second phase of work.

"After resuming the work, it took less than fourteen months to finish. Chief Minister himself was monitoring the progress. The capacity of the stadium is 15,000 and we've already planned to install floodlights in the second phase."

Bhutia said that he has submitted a proposal to establish an academy in the vicinity of the stadium which will, in turn, encourage more youngsters to take up football.

"We have already spoken with the state government about setting up a football academy. It will be a joint venture between the government and United Sikkim -- the biggest semi-professional football club in this region."

"It'll provide a platform for the youth to play football. We look forward to hosting Golden Baby Leagues too," Bhutia said.