According to Hima's media manager, there is nothing to worry about on the health front. Hima was about to start training ahead of national camp later this month. 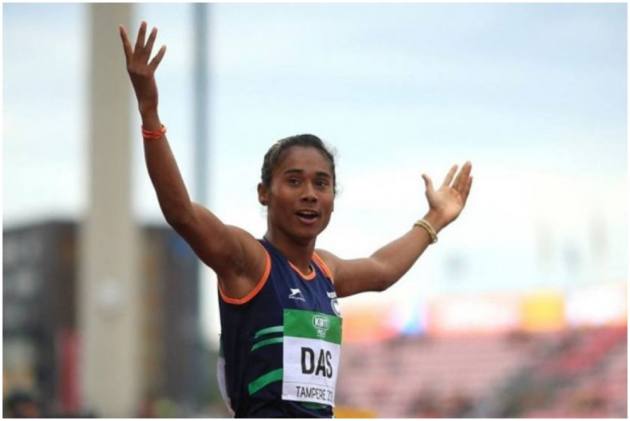 India sprinter Hima Das has tested positive for COVID-19 on Wednesday. Hima, who took a short break to nurse a hamstring injury, has returned to Patiala and was on course to resume her training ahead of athletics national camp slated to begin in the last week of October. (Other Sport News)

“Hima returned to Patiala on 10th. On 8th and 9th she was in Guwahati and she just had mild exhaustion. We thought it was nothing to worry about. She must have tested positive during compulsory tests at Patiala,” a local coach as quoted as saying to The Indian Express.

Hima had been in decent shape in the lead up to the Tokyo Olympics. She clocked 23.21s in the women’s 200m event in the Federation Cup in Patiala in March missing the Olympic qualification mark of 22.80s. However, a hamstring team derailed her maiden Olympic aspirations.

She even went against the doctor’s advice to run in the Inter-State Championships in June, but finished lowly sixth. “Hima now wants to train hard and do well in the Commonwealth and Asian Games,” 400m chief coach Galina Bukharina said. “She is there. She wants to train and get back into form.”

Hima Das shot to fame when she won 400m gold at the U-20 World Championships in Tampere, Finland in 2018. By doing so she became the first Indian to win athletics gold in an international competition. She also had won two gold (women’s 4×400m, Mixed 4×400m) and silver (women’s 400m) at the 2018 Asian Games in Jakarta.