The 500-kilogram monument of Zlatan Ibrahimovic, which is located outside Malmo's soccer stadium, was cut off at the feet, causing it to topple over onto a wire fence overnight Sunday 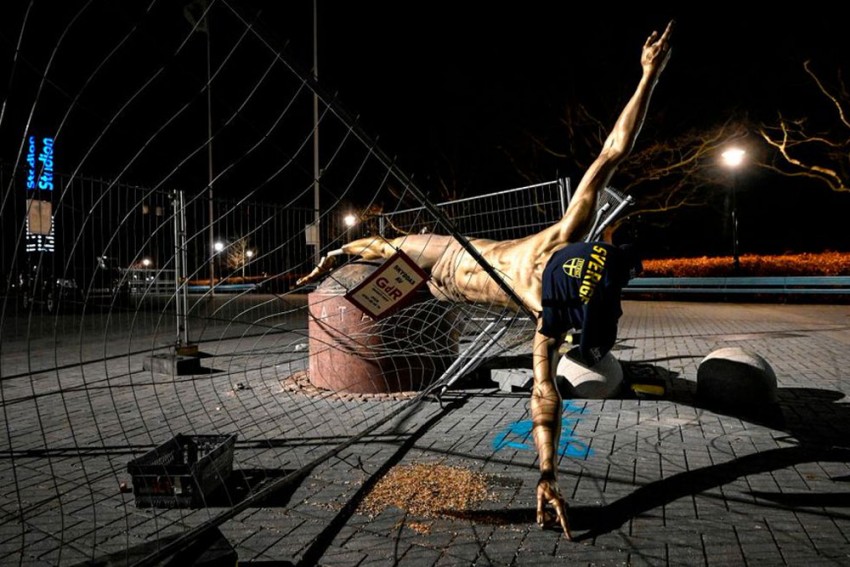 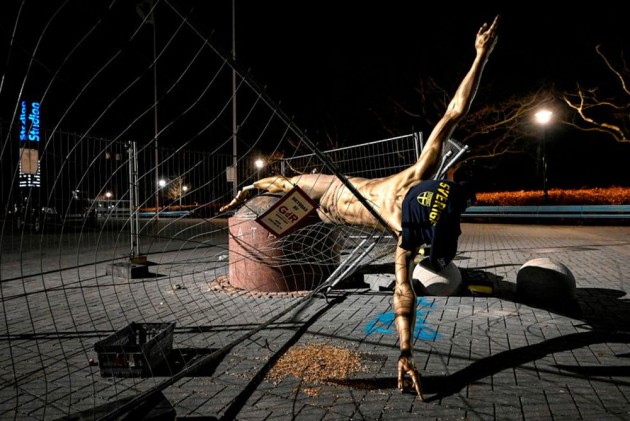 After weeks of vandalism, the statue of Zlatan Ibrahimovic has finally been overturned. (More Football News)

The 500-kilogram monument, which is located outside Malmo's soccer stadium, was cut off at the feet, causing it to topple over onto a wire fence overnight Sunday.

A dark Sweden soccer t-shirt was draped over the statue's face.

Ibrahimovic, who recently joined Italian side AC Milan , angered fans of his boyhood club, Malmo, in November when he bought a stake in one of its Swedish title rivals, Hammarby, and outlined his desire to make the Stockholm-based team "the best in Scandinavia".

Hours after that was announced, the statue of Ibrahimovic - unveiled in October by the Swedish Football Association to commemorate one of the country's greatest players - was attacked, with vandals attempting to set it on fire and writing racist graffiti next to it.

Last month, there was an attempt to saw off the legs of the bronze statue, which was sprayed silver while its nose was also cut off.

"I can understand that there is a disappointment in Malmo, but it crosses all boundaries when you vandalize the statue in the way that has happened," Hakan Sjostrand, secretary-general of Sweden's FA, said in comments reported by Swedish news agency TT.

The statue is being removed but is set to be put back up. There have been no reports of any arrests being made.

Ricky Ponting Not In Favour Of Four-Day Tests