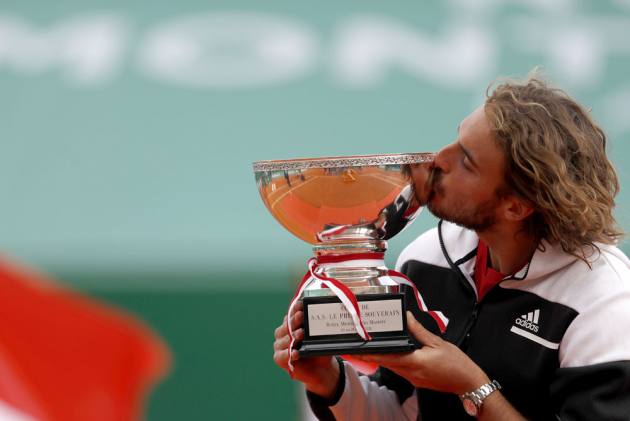 Stefanos Tsitsipas landed the first Masters 1000 title of his career as he scored a thumping 6-3 6-3 win over Andrey Rublev in Monte Carlo. (More Tennis News)

The Greek star had lost his previous two finals at this level, with Rafael Nadal denying him in Toronto and Novak Djokovic beating him in Madrid.

However, he had the measure of Russian Rublev on the Monte Carlo clay on Sunday, breaking his opponent's serve three times and giving away nothing on his own delivery.

Tsitsipas, who lives in Monte Carlo, said he had experienced an "unbelievable week", declaring it was the pinnacle of his career to date.

"I can't describe the feelings right now," he said on Amazon Prime. "I'm overwhelmed by so many different emotions.

"It's incredible I'm able to be in the position I am, and I think we both deserved being in the final and put on an amazing fight and an amazing show.

"Generally I would consider it the week of my life so far. I knew he was going to be a very difficult opponent to face and there were a lot of nerves coming into that match.

"I've played him in the past, he always wants to bring the best out of us when facing each other."

Rublev beat 11-time Monte Carlo champion Nadal in the quarter-finals, but the 23-year-old could not hit the heights of that performance in the title match.

Tsitsipas, 22, said: "I'm just proud of the way I managed to behave and to be out on the court today.

"The clay-court season couldn't start better and it's the best thing right now, winning my first Masters 1000, and it's even more special doing it here on home soil in Monte Carlo and doing it on clay which is my favourite surface."