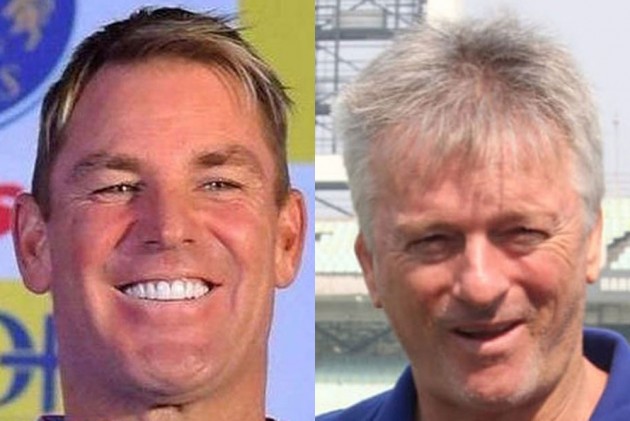 Steve Waugh said that there was no feud with Shane Warne as he never "bought into" provocative jibes like "most selfish cricketer" thrown at him by the spin legend. (More Cricket News)

Reacting to a statistic that Waugh held the dubious record of being involved in most run-outs, Warne had tweeted: "Wow! So S Waugh was involved in the most ever run outs in test cricket (104) & ran his partner out 73 times - is that correct? Mmmmmmmmm."

"For the record AGAIN & I’ve said this 1000 times - I do not hate S Waugh at all. FYI - I picked him in my all time best Australian team recently. Steve was easily the most selfish cricketer that I ever played with and this stat," he said in another tweet.

When asked about Warne targeting him again, Waugh played down the incident.

"People keep saying it's a feud. But to me, a feud's between two people. I've never bought into it, so it's just one person," the World Cup winning-skipper was quoted as saying by the Sydney Morning Herald.

It is well documented that Warne and Waugh have never been best of friends. Earlier, the spin king said that he had lost a bit of respect for Waugh as he dropped him during the 1999 Test series in the West Indies with Australian trailing 1-2.

"I lost a bit of respect for him after that. I believe he should have backed me - as I always believe the art of captaincy is to support your players and back them every time," Warne wrote in his autobiography.

"This gains the respect from the players and makes them play for you. He didn't, it's history, but I never found it easy with him after that."