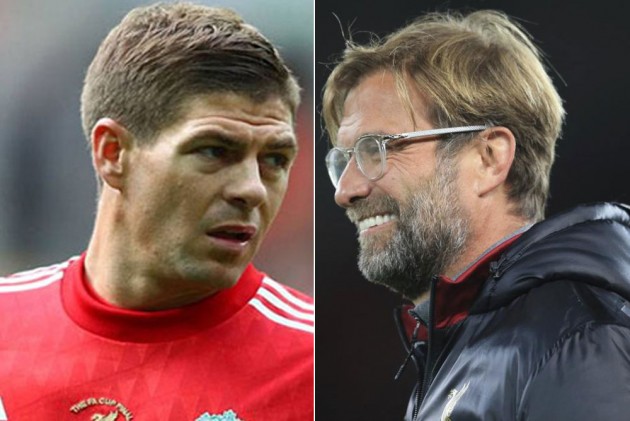 Steven Gerrard says he was "surprised and flattered" to be recommended by Jurgen Klopp as a future Liverpool manager.

Klopp told Four Four Two that, if he were to be sacked by the Reds, Rangers boss Gerrard ought to replace him at Anfield.

The German's position is exceptionally secure, though, after he led Liverpool to Champions League glory last term and subsequently collected The Best FIFA Men's Coach award this week.

Klopp's contract runs to 2022 and, although ex-Liverpool captain Gerrard has long been tipped to take over at the Kop helm one day, the former England midfielder hopes no Anfield vacancy arises for some time.

It's press conference day ahead of Saturday's match against Aberdeen at Ibrox.

Steven Gerrard and James Tavernier will be along to speak to the media shortly. pic.twitter.com/xSuSrK4Ca0

"I was surprised and flattered at the same time," said Gerrard.

"But when you read the quote really carefully, like I have, it said, 'if I get sacked tomorrow' he thinks Steven Gerrard should be the next Liverpool manager.

"I'm a Liverpool fan, and I'm sure every Liverpool fan on the planet endorses what I'm saying here, we want him to stay for many many years and bring as much success to our club as possible, but it was very flattering at the same time."

Rangers have won four games in a row in all competitions but are three points behind Scottish league champions Celtic after a 2-0 Old Firm defeat at Ibrox.