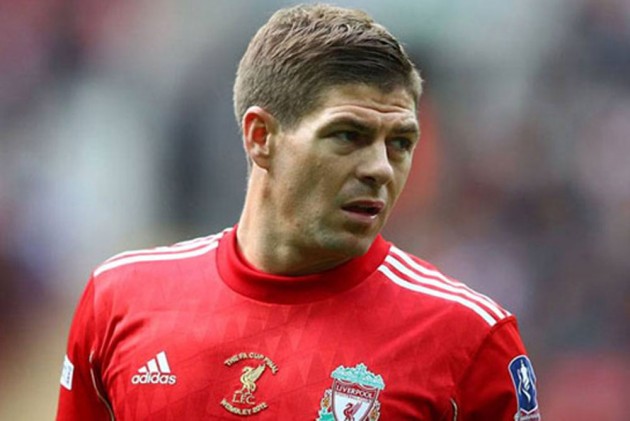 Steven Gerrard is "really, really interested" to see if action will be taken against Manchester City amid reports a Premier League punishment could see them stripped of their 2013-14 title. (More Football News)

On Friday, City were hit with a two-season ban from European competition and a €30million fine by UEFA for "serious breaches" of its Financial Fair Play regulations.

The club have denied any wrongdoing and immediately announced their intention to lodge an appeal against the ruling with the Court of Arbitration for Sport.

A domestic punishment is one possible outcome as the Premier League conducts its own investigation to see if its rules were broken in the four-year period in question, between 2012 and 2016.

The Citizens won the Premier League in 2013-14, finishing two points ahead of Liverpool, meaning any potential retrospective points deduction could benefit the Reds and their former captain, Gerrard.

But with the process set to be a lengthy one, Gerrard is not getting ahead of himself.

"I read that myself," the Rangers manager told reporters when it was put to him that City could face domestic action as a result of their alleged indiscretions.

"Then we will see whether the Premier League act from there, but if you look at the severity of the punishment from UEFA, something has gone badly wrong.

"I've got nothing to say on the matter. All I say is I'm very interested because of the severity of what UEFA have put out there."

The probe into City's financial affairs was prompted by a series of allegations published by German magazine Der Spiegel in November 2018, which drew on documents purportedly obtained by whistleblowers Football Leaks.

Following an investigation, the Adjudicatory Chamber of UEFA's Club Financial Control Body found City guilty of "overstating its sponsorship revenue in its accounts and in the break-even information submitted to UEFA between 2012 and 2016", allegations the club denied.