According to Bergamasco, he has been waiting for a month now writing several emails but there is no communication from the BFI. 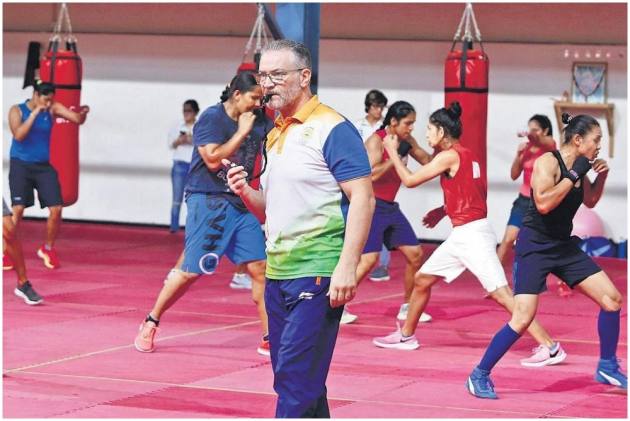 Indian women’s boxing’s High-Performance Director Raffaele Bergamasco has decided to head back to his home in Italy after spending nearly a month here ‘waiting’ for the national federation to respond to his queries on whether he would be ‘retained’. (Other Sports News)

Bergamasco’s contract officially ends on Wednesday and the 50-year-old, who joined in 2017, told PTI that he is exhausted and stressed after getting no response from the Boxing Federation of India (BFI).

“I will go home now. I will wait for the BFI to respond to me in the next two weeks on my status before the women’s national championship happens in mid-October. I am very stressed and in a bad situation,” he said.

“If they call me, I will come back on October 15 before the Nationals and if they don’t, then I will decide what to do next. I will send an e-mail like I have been doing,” he added. “I have no bitterness, I just want some communication.”

The BFI had sought a three-month extension for Bergamasco and his men’s team counterpart Santiago Nieva. However, the Italian is not keen on a short-term renewal of his contract. The BFI has said that a decision on further extension would be taken based on the performances in the upcoming World Championships for men (in October) and women (in December).

Bergamasco would be leaving for his home base Assisi on Thursday. He said only the Sports Authority of India (SAI) got in touch with him after he sent out several e-mails seeking clarity over his status.

“The SAI got back to me and told me that they are waiting for the BFI to take a call and cannot say anything beyond that. I have been in my room at the Indira Gandhi Stadium for the last one month and I think I need to go back to my family,” he said.

The women boxers will reassemble for a full-fledged camp only after the national championships. A federation source told PTI that the BFI will submit a report to SAI on its Tokyo Olympics review by September 30 and a decision on all matters will be taken only after that.

“Once that report goes to SAI, we will be able to communicate,” the source said. Both Bergamasco and Nieva have expressed their desire to continue despite the current uncertainty.

India had its biggest ever boxing team -- five men and four women -- competing at the Olympic Games in July-August. But only Lovlina Borgohain (69kg) could finish on the podium with a bronze medal.

It was India’s first boxing medal at the Games in nine years, but more was expected given the top form the pugilists had shown leading up to the showpiece.

None of the male boxers could make the medal rounds with Satish Kumar (+91kg) being the only one to enter the quarterfinals in Tokyo, earning plaudits for fighting his last-eight bout with 13 stitches on the face.

The source said that BFI, as of now, is sticking to its position, taken after the Olympics, of offering a three months' extension to Nieva and Bergamasco to ensure continuity for the two big events, where the national champions will represent the country. Their contracts were originally meant to end after the Tokyo Games.

BFI president Ajay Singh had backed the boxers as well as the coaching staff in Tokyo, saying that he would not overlook the unparalleled results of the past four years which included two medals for the first time at the men's World Championships and never-seen-before hauls in the Asian and Commonwealth Games.

Federation sources had recently hinted that there could be an overhaul of the coaching staff for both men and women as there is ‘dissatisfaction’ with the Tokyo Olympics performance.