Strike-rate Is Overrated, Says KKR's Shubman Gill Ahead Of IPL 2021

Shubman Gill may still not be in the Indian team's white-ball scheme of things due to his slow strike-rate, but it is not a cause of concern for him 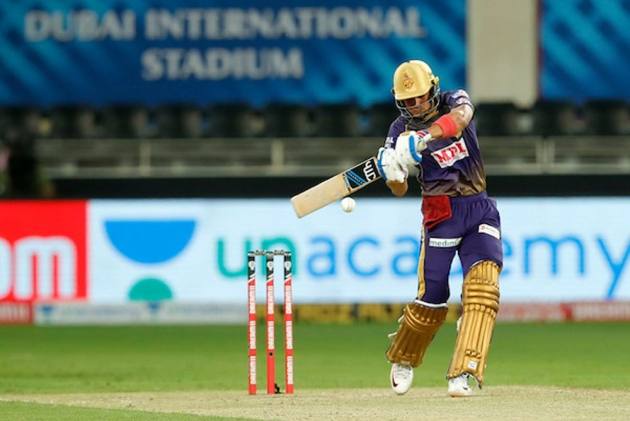 "Strike-rate is kind of overrated," asserted India's emerging star Shubman Gill, for whom a batsman's biggest strength is adapting to different situations without having a fixed batting style. (More Cricket News)

He was one of the architects of India's historic Test series triumph Down but Gill has played just three ODIs and is yet to make his T20I debut.

The youngster is may still not be in team's white-ball scheme of things due to his slow strike-rate but it is not a cause of concern for him.

"I think strike-rate is kind of overrated," the Kolkata Knight Riders star batsman told PTI in an interview ahead of the upcoming IPL.

"There shouldn't be a certain pattern to your game where you are only able to play one kind of game and not being able to adapt to different situations," he added.

After his spectacular Test debut Down Under, Gill endured a lean patch in the home series against England, hitting just one-half century from seven innings.

Gill also has not played any white ball game since his ODI appearance against Australia in December last year but lack of game time is not something that is keeping him worried.

"I don't think it will affect anything because we have almost 10-12 days before our first match against Sunrisers Hyderabad (April 11) so there's plenty of time for me to prepare," he said.

Last year he was seen donning the opener's role for KKR but Gill is ready to play any role that his captain Eoin Morgan demands.

"I'll be pretty comfortable and up for it whether the team requires me to bat in the middle-order or higher up. I'm up for anything," he said.

Gill will have an ever-lasting memory of the Test series Down Under where he scored 259 runs in three matches.

He made his debut in the Boxing Day Melbourne Test following India's debacle in the first pink ball Day/Night Test where they got all out for a record low of 36.

"It was not a great feeling when you see the best batting lineup in the world getting bundled out for less than 40 runs.

"Seeing our batsmen getting out for such low scores, I think, it kind of motivated me more to do well whenever I got a chance. I was really determined to do well."

The Indian opener hit a counter-attacking 91 in the second innings, something that set up their epic chase of 328 at the Gabba.

"I really wanted to get 100 on that day I thought I deserved it. But once I got to the 90s, I knew that I was getting a bit nervous. I thought I would ask for drinks to calm down my nerves but I got out in the same over," he recalled being dismissed by Nathan Lyon.

"If I have to rate my innings it was nine out of 10. If I would have got a 100 obviously I would have been able to express myself more," he said.

Gill makes the batting look easy with his sheer class and composure but he's guilty of not converting his starts.

"When I look back, I don't think I would have done anything differently. I don't have any regrets.

"I don't think there is any concern in not being able to convert those starts. If I see my innings, there are very few innings in which I've thrown my wicket away.

"In most of the innings, where I have not been able to convert my starts, there have been good balls," he pointed out.

Gill is often seen bowling off-spin at nets for KKR.

"Let's see, you never know I might pick it up and be determined to bowl. I think I should be able to do a pretty good job," he concluded.