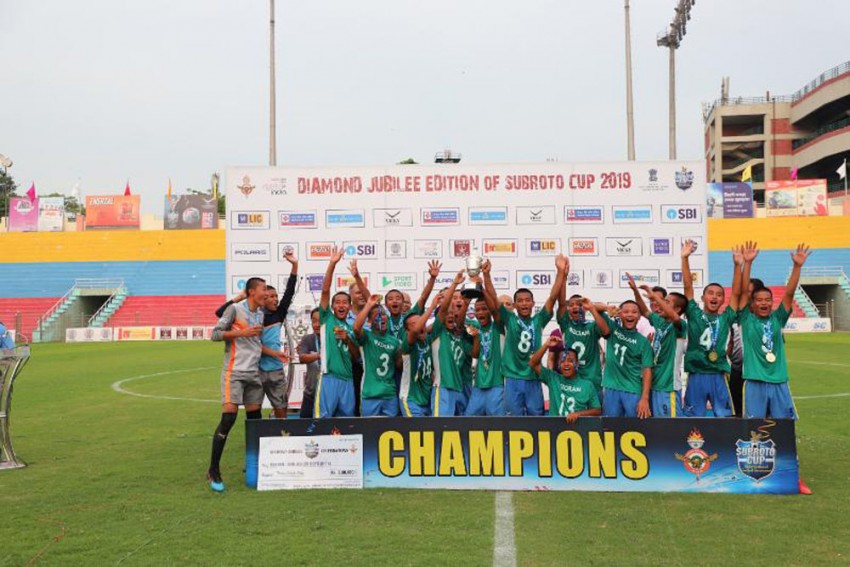 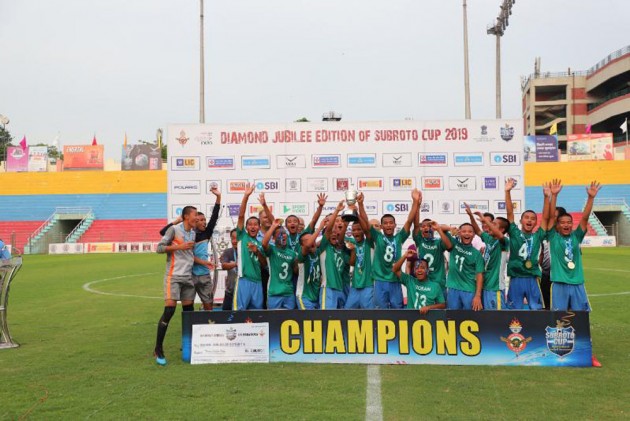 The final of the Sub-Junior U 14 Boys of Subroto Cup International Football tournament between Unique Model Academy, Manipur and Saidan Secondary School, Mizoram ended with the latter being crowned the Champions by defeating the defending champions Unique Model Academy, Manipur by a score of 2-0. The win marked the maiden Championship for Saidan Secondary School, Mizoram.

The first half started with some fierce exchanges. It was Mizoram who showed their attacking intent and scored the first goal in the 6th minute through B Romalsawma. The match was intensifying every moment as in the 23rd minute, Mizoram earned a penalty, when reaching out for an aerial ball the Manipur goalkeeper tackled F Lalthlamuana of Mizoram. The resulting penalty was taken by Mizoram’s star player of the tournament and captain Hunmawia but Manipur’s goalkeeper Mijando saved it in heroic style. Mizoram went into half-time leading 1-0 against Manipur.

In the second half, the half started with most of the game being played in the mid-field for the first 10 minutes. Finally the moment of brilliance came from the Captain of Mizoram, Hunmawia who made up for his penalty miss by scoring in the 43rd minute from open play. Hunmawia with this goal marked his 14th of the tournament becoming the highest scorer. The last few moments of the match saw Mizoram dominate the play and the match ended with Saidan Secondary School, Mizoram winning by a score line by 2-0.

Lalbulliana the coach of the winning team Saidan Secondary School, Mizoram said, “I am elated at the victory and the team really played well. This is a proud moment for our school and the state.”

Hunmawia, Captain of Saidan Secondary School, Mizoram echoed coach’s views and said, “I am overwhelmed by our achievement. Defeating the last year champions is a different feeling and that too in the final of the tournament.”

Individual Awards were as follows: