Both the teams are at joint eighth spot with four points each from as many matches, having won once, drawn once and lost twice. 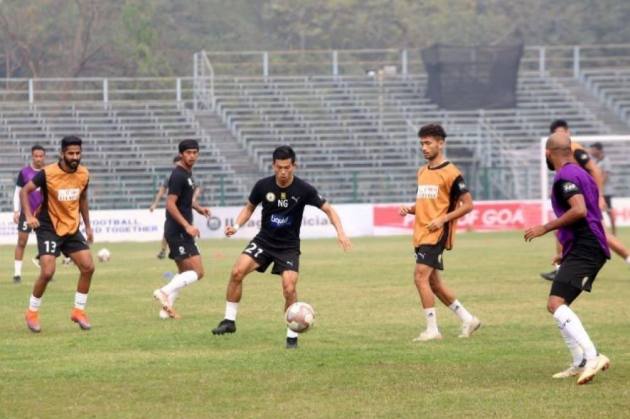 Languishing near the bottom of the points table, both Punjab FC and debutants Sudeva Delhi FC will fancy their chances when they clash in an I-League match here on Friday. (More Football News)

Both the teams are at joint eighth spot with four points each from as many matches, having won once, drawn once and lost twice.

A goal-less draw against Mohammedan Sporting in their last match might have given Punjab FC something positive. Though the Curtis Fleming-coached team created chances, the inability to be clinical inside the box could get them just a point against the Black Panthers.

"Every game in the league is very difficult but we are confident in our abilities as a team. The silver lining is we are creating chances and it is only a matter of time before we start clicking in front of goal," head coach Fleming said at the pre-match press conference.

"We had a very encouraging performance against Mohammedan and we will only get better from here on. It will be a difficult match against Sudeva but we will look for a win and hope to get higher up in the table."

The Delhi-based side, on the other hand, would look to convert the promise shown by way of quick passing game, built on Indian talent.

"We deserved better from the matches we have played. The standing at the table does not reflect our ability. We could have won more matches if we just had not made crucial mistakes," head coach Chencho Dorji said.

"Punjab FC are a very strong side on paper and they will prove to be a difficult challenge for us. But, we will aim to play our style of football and look for the win," he added.