India will play Korea in their next league game on Sunday before taking on hosts Malaysia (March 26), Canada (March 27) and Poland (March 29). 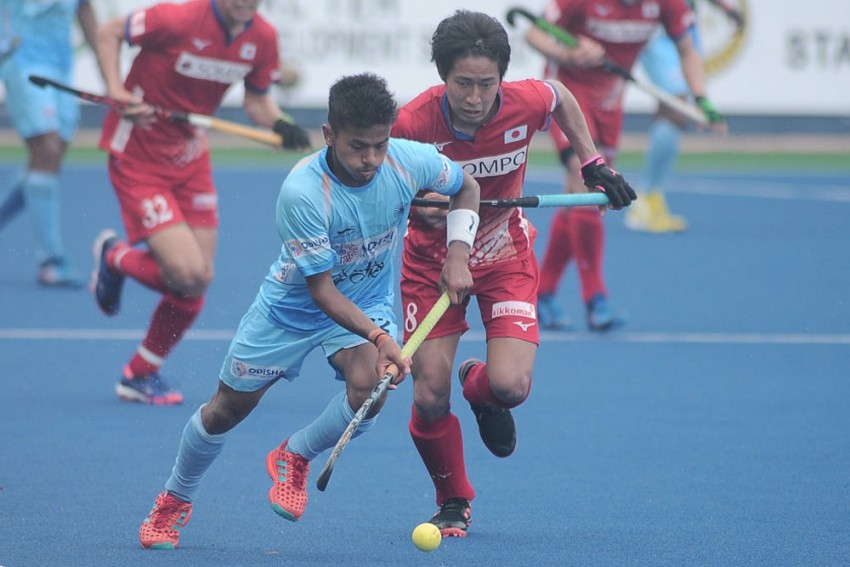 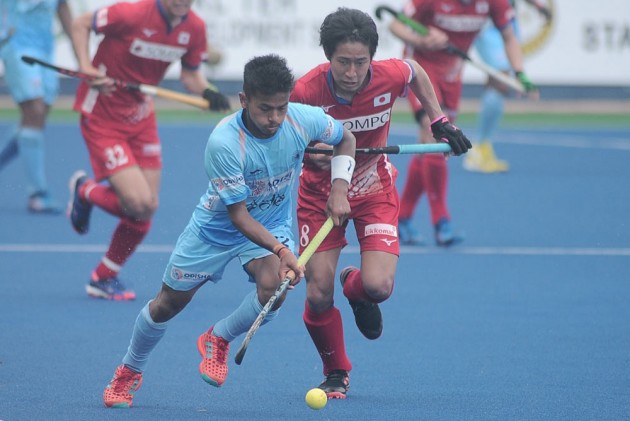 India defeated Asian Games champion Japan 2-0 to start its campaign at the Sultan Azlan Shah Cup hockey tournament on a positive note at Ipoh in Malaysia on Saturday.

India will play Korea in their next league game on Sunday before taking on hosts Malaysia (March 26), Canada (March 27) and Poland (March 29).

The top two teams from the round robin league stage will play in the final on March 30.

After a goalless first quarter, India slowly took control of the proceedings. Eight minutes into the second quarter, India won a penalty corner and Varun made no mistake in finding the back of the Japanese goal with a powerful dragflick.

The Indian midfield manned by skipper Manpreet and Kothajit Singh stole the limelight by creating numerous scoring chances but the forwardline was guilty of wasting opportunities.

With four minutes remaining for the second hooter, Mandeep Singh missed the target by a whisker after being set up by a good pass from Sumit Kumar (Junior).

In the third quarter, Japan secured their first penalty corner in the 33rd minute but India custodian PR Sreejesh did well to thwart the danger.

The following minutes saw both India and Japan create scoring opportunities but in vain.

With two minutes remaining for the third hooter, Japanese striker Kenji Kitazato took a brave shot on goal but missed the post by a big margin.

Playing in overcast conditions with temperature hovering around 28 degrees, India continued its hunt for a second goal and earned a penalty corner within minutes of the fourth quarter.

But this time Varun missed the mark, allowing Japan to launch a quick counter attack, which was kept at bay by Birendra Lakra's alertness.

Japan tried different ways to dislodge India, used full-press to gain ball-possession but did not succeed.

Japan removed their goalkeeper to add an extra man in the 55th minute but the tactic backfired with India making use of the opportunity to double their lead. It was a diving effort by Simranjeet that put India ahead.

With just two minutes remaining, Japan secured another penalty corner but the attempt was well-defended by Surender Kumar, backed by goalkeeper Krishan Pathak, who replaced Sreejesh after half-time.