Sumit Antil produced a monster throw of 68.55m in the fifth attempt to destroy the 10-men field and recreated his own world record 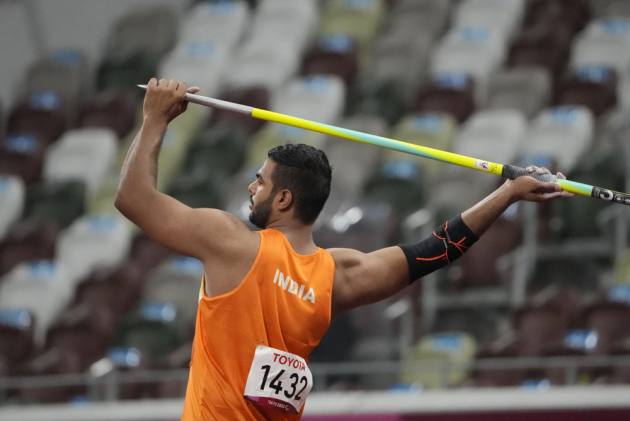 After starting with a throw of 66.95m, Sumit set the new record with a throw of 68.08 in his second attempt. The previous world record, also in his name, was 62.88m, which he created in Dubai in 2019. The F64 category is for athletes with a leg amputation, who compete with prosthetics in a standing position.

But that's not over. He returned for a monster throw of 68.55 in his fight attempt. The 23-year-old from Sonepat in Haryana lost his left leg below the knee after he was involved in a motorbike accident in 2015.

A student of Delhi's Ramjas College, Antil was an able-bodied wrestler before his accident which led to the amputation of his leg below the knee.

Notably, he also competed against Olympic champion Neeraj Chopra in the able-bodied Indian Grand Prix series 3 on March 5 in Patiala.

Another Indian competitor in the event, Sandeep Chaudhary finished fourth with a best throw of 62.20.

This was India's last medal event for the day, and the country has won two golds, two silvers and a bronze. Yesterday, India won a silver and two bronze.

But one of the bronze medals, that of discus thrower Vinod Kumar's was declared ineligible after being found ineligible in the disability classification assessment.

Sundar Singh Gurjar also chipped in with a bronze, finishing behind Jhajharia in the men's javelin throw F46 final.

Now, India's medal count has risen to eight, including two golds, three more than the four secured in the 2016 Rio Games.