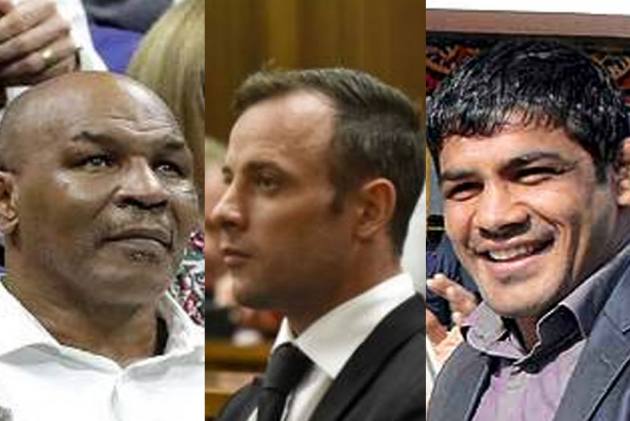 Sushil Kumar, still the only Indian to claim two individual Olympic medals, has effectively ruined his legacy. The legendary grappler, now an accused in the murder of a fellow wrestler, is languishing in police lock-up after his arrest. On the eve of his 38th birthday (May 26), reports emerged that the former world champion cried inconsolably, refused food as he spent the first night behind the bars. (More Sports News)

For a sporting idol, who single-handedly put Indian wrestling on the world map, to fall in such a 'murderous' way, if we may, is staggering. He is still an accused. But the damage is already done, not only to his unrivalled legacy but to the country's sporting image. His arrest on World Wrestling Day on Sunday (May 23) added a layer to the irony.

Intriguingly, and sadly for sure, Delhi Police's tweet summed up that irony of fate: "An Olympian and a national wrestler, running wanted for a crime of murder, arrested on World Wrestling Day (May 23). Accused Sushil Kumar and Ajay arrested after a fortnight chase across 6 states/UTs. Shall now face the law of the land.”

An Olympian and a National wrestler, running wanted for a crime of murder, arrested on World Wrestling Day (May 23)..

Accused Sushil Kumar and Ajay arrested after a fortnight’s chase across 6 states/UTs..

Shall now face the law of the land.. pic.twitter.com/oLh4qc0R14

Sushil is not the only one who has brought shame to sport. But his case has become one of the most notorious. He may yet escape the homicide charge. but the severity of his alleged crimes is beyond redemption.

With that, here's a look at ten sports star who have fallen from grace:

1. Bruno Souza: Brazilian goalkeeper was given 22 years for the murder of former girlfriend, Eliza Samudio. In a chilling revelation, Bruno's teenage cousin said that some of Samudio's body parts were fed to dogs.

2. Oscar Pistorius: Known as the 'Balde Runner', the South African sprinter was sentenced to 13 years and five months for the premeditated murder of his girlfriend, Reeva Steenkamp.

3. Deepak Pahal: Indian boxer, now on the run after making a daring escape, was involved in multiple murders. The former junior national champion is one of the most wanted criminals in India.

4. Iqbal Singh Boparai: India athlete, Iqbal Singh was charged with the double murder of his wife and mother in the US. He was one of India's top shot putters in the 80s.

5. Lance Armstrong: Considered as one of the greatest cyclists of all time, the iconic American cyclist was stripped of all his Tour de France titles following a doping scandal.

6. Hansie Cronje: Died in a plane crash, the former South Africa cricket captain was banned for life for his role in a match-fixing scandal during Proteas' tour of India in 2000.

7. Mike Tyson: The American boxing great was named 'the Baddest Man on the Planet' and he was bad. Once, he was disqualified for biting Evander Holyfield's ear, then charge for rape and assault.

8. Mohammad Asif:  Pakistan pacer was banned for seven years for his role in the 2010 spot-fixing scandal during Pakistan's tour of England, where he bowled deliberate no balls for money.

9. Boris Becker: The German tennis great was once the youngest Grand Slam champion, winning Wimbledon as a 17-year-old in 1985. Becker was given two-year probation for tax evasion.

10. Geoffrey Boycott: Former England batsman and a celebrated commentator, Boycott was given a suspended sentence for domestic violence.