Delhi's Kushagra Rawat came up with a sensational effort in the 400m freestyle for men as he eclipsed Sajan Prakash's record of 3:54.93 seconds set in 2018 in Trivandrum. 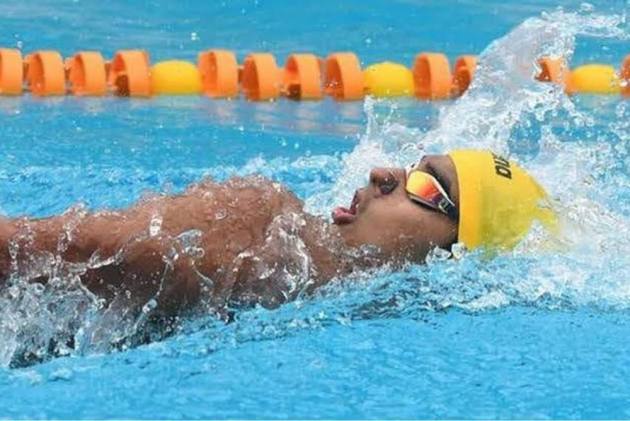 Three national records were rewritten, including one by ace Indian swimmer Srihari Nataraj, who bettered his own mark, on the opening day of the 74th Senior National Aquatic Championships in Bengaluru on Tuesday. (More Sports News)

Nataraj's personal best in the event is 53.77s which he clocked in Italy earlier this year to directly qualify for the Tokyo Olympics.

However, that is counted as the "Best Indian Performance" and not national record. A timing is only considered a national record when it has been achieved at the National Aquatic Championships.

Dominating the race right from the start, Nataraj got off to a strong start and was ahead of the pack in the first 50m and took further lead in the second 50m after a good turn.

"It’s good to be racing again after the Olympics. Though not my personal best, I am quite happy to have gone under the national record.

"I have tapered only for seven days for this meet. My focus will be on the FINA World Short Course meet this December in Abu Dhabi,” Nataraj said.

In another brilliant swim, Delhi's Kushagra Rawat came up with a sensational effort in the 400m freestyle for men as he eclipsed Sajan Prakash's record of 3:54.93 seconds set in 2018 in Trivandrum.

Rawat clocked 3:53.68s to create a new national record. He was more than three body-lengths ahead of second place finisher Aneesh Gowda of Karnataka, who timed 3:59.66s.

Shoan Ganguly of Karnataka took home the bronze with a timing of 4:00.14s.

Meanwhile, in the 100m backstroke for women, 14-year-old Ridhima Veerendrakumar shocked Olympian Maana Patel of Gujarat as the youngster from Karnataka beat her for the gold medal.

In the 50m butterfly for men, two-time Olympian Prakash lived up to the billing as he clinched the gold with a time of 24.90s

It was a close race with Mihir Ambre of Maharashtra and Adhitya D of TNSA giving a tough fight but Prakash, representing Kerala Police, did well to finish the race ahead of the two who ended up settling for silver as both clocked 25.08s.