As Ravichandran Ashwin and Hanuma Vihari defied the Australian attack, Tim Paine tried to provoke the Indians by employing a verbal barrage 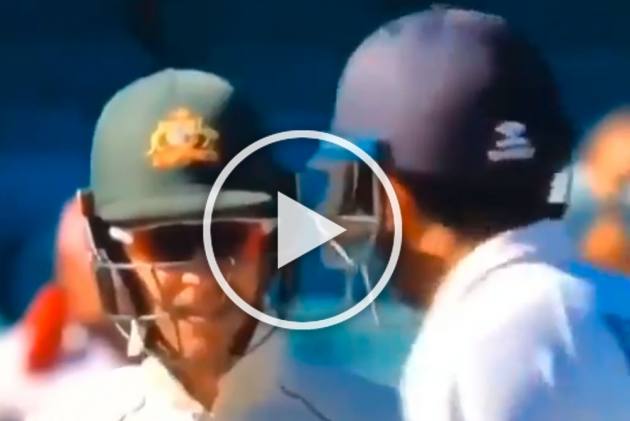 India spinner Ravichandran Ashwin is one of the most eloquent cricketers and his reply to Australia captain Tim Paine's 'banter' on Day 5 of the third Test at Sydney Cricket Ground (SCG) won plaudits.

Injury-hit India produced a stunning fightback to draw the SCG Test of the ongoing Border-Gavaskar Trophy series with Ashwin playing his part, as a batsman. He and hamstrung Hanuma Vihari batted more than 42 overs to secure a draw for the ages.

During his 128-ball innings for 39 runs, Ashwin faced a volley of verbal abuse from desperate Aussies, including one from skipper Tim Paine during a Nathan Lyon over.

As reported in Australian and Indian media, Paine started by saying, "I can't wait to get you to the Gabba, Ash, I'll tell you what, woohoo." To this Ashwin replied, “Just like we want to get you to India. That will be your last series.”

Then it got uglier.

“Maybe. Are you a selector here as well?” Paine replied, adding, “At least my teammates like me, d**khead. I’ve got a lot more Indian friends than you do. “Even your teammates think you’re a goose. Don’t they? Every one of them."

Ashwin, like a seasoned pro, waited for Paine to stop talking before taking guard for the next delivery. And he said, “Tell me when you’re done."

But that's only a part of the heated exchange as Paine continued, invoking IPL and his performance against India in India.

“How many IPL teams wanted you when you asked every single one of them to have you?” Paine added. “If you captain, ‘Oh coming from captain’."

In between, Aussie batsman Matthew Wade was also heard saying, “Just don’t end up with a broken rib”.

Paine; Can't wait to get you to the Gabba, Ash

Ashwin; Can't wait to get you to India, it'll be your last series

Paine; At least my teammates like me, dickhead pic.twitter.com/1XBTmAiAue

The incident became one of the big talking points but both the players were seen walking together in a jovial mood after both teams shook end with still an over left in the match.

Here are some reactions, including the one from England fast bowler Stuart Broad:

I honestly have no problem with that chat from Paine, but given the context of the match it screams of desperation. Ashwin is letting the bat do the talking, and every ball he survives is clearly adding to Paine's nerves. #AUSvIND

Paine and Wade have been over the top today. You look like a goose when you then don't then back it up with your own performance. Just play the game on its merits, guys. If you're not good enough to get them out with the ball, you're not going to do it with your mouth. #AUSvsIND

This is all a part of the game. The Test match battle but Painey won’t get away with that Language with the Laws above

What’s wrong here? Media want to turn up the stump mics you’re going to hear this...... banter isn’t exactly something new to the game, and for those crying about kids watching..... they’ll learn soon enough when they play grade cricket either way

If the captain of Aus cricket teams calls players dickheads On field just imagine what the people in stands must say, what a disgrace.

Ashwin is wrong. Paine won't last past this series let alone a your to India in the future. Remember he was always a stand in Captain.

I like Paine, but he psyched himself. That dropped catch - the last chance to win the game - was due to this.

More than winning the game, Australia were trying to injure Indian players for an easier match at the gabba. Maybe if they actually stuck to playing the game, they would have faired better? #AUSvIND

The four-match series remains locked 1-1 after three matches, and the fourth and final Test will be played in Brisbane, starting January 15.