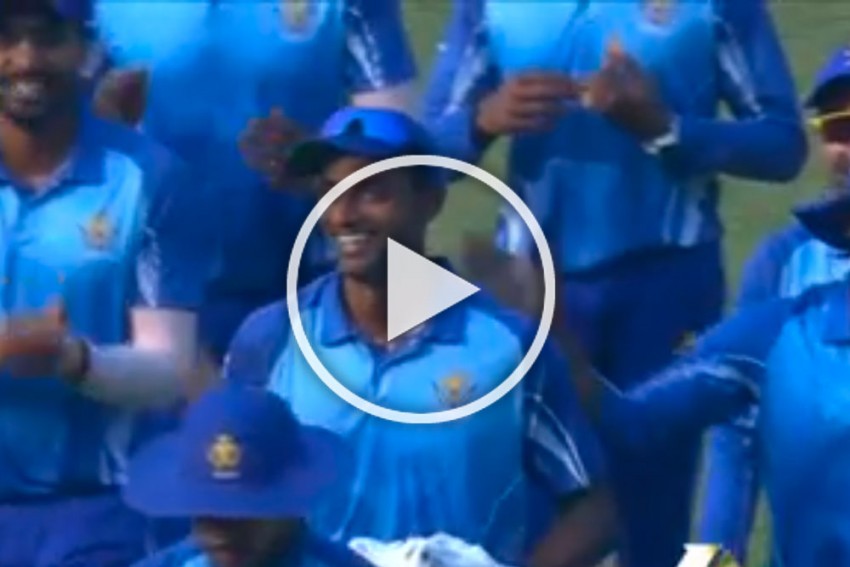 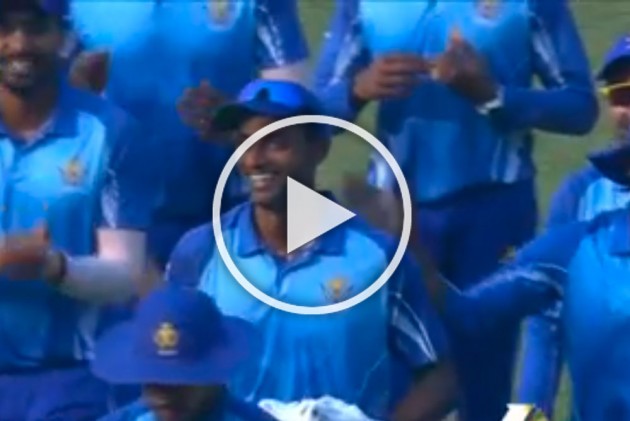 Karnataka will now face Tamil Nadu, who defeated Rajasthan by seven wickets in the second semi-final, in the summit clash, to be played on Sunday.

The highlight of the Karnataka-Haryana match was Mithun (5/39) taking five wickets in an over including a hat-trick and registering his name in the record books.

Mithun became the first bowler in the domestic circuit to claim a hat-trick in all the formats.

He had snared a hat-trick in the Vijay Hazare (national ODI championship) final against Tamil Nadu earlier this year.

The right-arm speedster did not have a good time until he bowled his last over in which he wreaked havoc.

In the 20th over, he dismissed Himanshu Rana (61) and Rahul Tewatia (32) off the first two balls and completed his hat-trick by sending back Sumit Kumar (0). There was more drama in store as Mithun got a wicket on the fourth ball, that of Amit Mishra (0), and then sent back Jayant Yadav (0) on the final ball of the over.

Asked to bat first, Haryana piled up 194/8 on the board but Karnataka chased it in 15 overs, thanks to blazing half centuries by openers Devdutt Padikkal (87) and K L Rahul (66), who took the opposition attack to the cleaners.

Haryana were going all guns blazing at 192-4 when Mithun pagged them back with his fine effort with the ball.

The chase was a walk in park as Paddikal and Rahul conjured a 125-run stand for the first wicket in just 9.3 overs to lay the foundation stone of the win.

Rahul hammered four boundaries and six towering sixes, while Paddikal's innings had 11 fours and four sixes, their all-round hitting taking the game away from Haryana.

Rahul's departure did not deter Paddikal from playing his shots as he found an able ally in Mayank Agarwal (30 not out in 14 balls; 3x6) as they took Karnataka home.

Paddikal missed what would have been a great century by 13 runs and fell when his side needed just 13 runs. Then Agarwal and skipper Manish Pandey (3 not out) completed the proceedings.

In the second semi-final, Tamil Nadu bowlers dished out a clinical show to restrict Rajasthan to a meagre 112/9 after putting them to bat.

A patient unbeaten 22 by number nine batsman Ravi Bishnoi helped Rajasthan cross the 100-run mark. For TN, all-rounder Vijay Shankar (2-13) was the pick of the bowlers.

Tamil Nadu then rode on a gritty unbeaten 54 by all-rounder Washington Sundar as they overhauled the target with 2.1 overs to spare. Sundar played a responsible knock as he held the innings from one end.

After Ashwin departed, Sundar took the side home.