If Tamil Nadu manage to beat Hyderabad in the Syed Mushtaq Ali Trophy semifinals, it will be their third straight appearance in the final of the premier domestic T20 tournament. 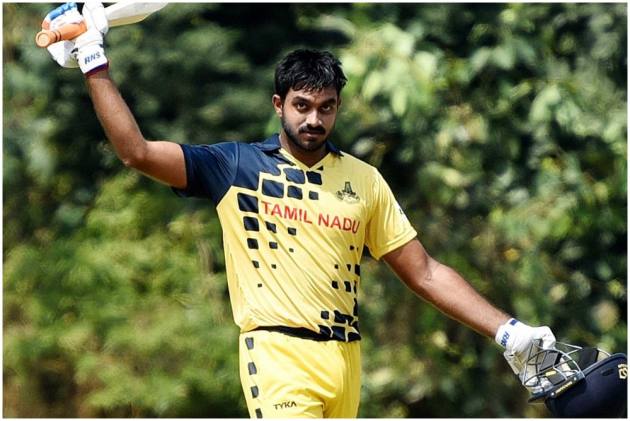 Defending champions Tamil Nadu will have their task cut out as they lock horns with an unbeaten Hyderabad side in the semifinals of the Syed Mushtaq Ali Trophy T20 tournament in New Delhi on Saturday. (More Cricket News)

Tamil Nadu are eyeing a third straight appearance in the final of the premier domestic T20 tournament.

Tamil Nadu, who won the 2020-21 edition of the event earlier this year, after having stumbled in the final against Karnataka in 2019, will head into the last-four clash with confidence after a convincing performance against Kerala.

Jagadeesan, C Hari Nishaanth, newcomer B Sai Sudharsan have been among the runs while skipper Vijay Shankar underlined his ability with a crucial knock in the quarterfinals. The big-hitting M Shahrukh Khan can tear apart any bowling attack on his day while accelerating the pace of scoring.

Interestingly, the Tamil Nadu batters have scored only three half-centuries in the tournament so far, but the team has still achieved success, mainly due to contributions from almost everyone. They are hoping for substantial scores from some of their batters in crunch situations.

Spin bowling all-rounder R Sanjay Yadav proved his utility in the win over Kerala, with two key wickets and a brisk 30-plus score. His role, along with that of fellow spinners R Sai Kishore and Murugan Ashwin (leg-spinner, would go a long way in brightening Tamil Nadu's prospects.

Also, Tamil Nadu will be hoping that left-arm pacer T Natarajan, who missed the quarterfinal owing to a niggle, is back for the last-four clash The team missed his accuracy and the yorkers at the death against Kerala. Hyderabad are aware of the challenge an all-round Tamil Nadu side poses.

Skipper Tanmay Agarwal has led from the front (333 runs from 6 matches), scoring consistently while one-drop batter Tilak Varma (207 runs) has also regained form, which will help the team's cause. However, the other Hyderabad batters will have to step up if they are to put it across the holders.

Left-arm seamer Chama Milind has been among the wickets (18 from six matches -- the highest so far) and needs to strike early for Hyderabad to restrict Tamil Nadu.