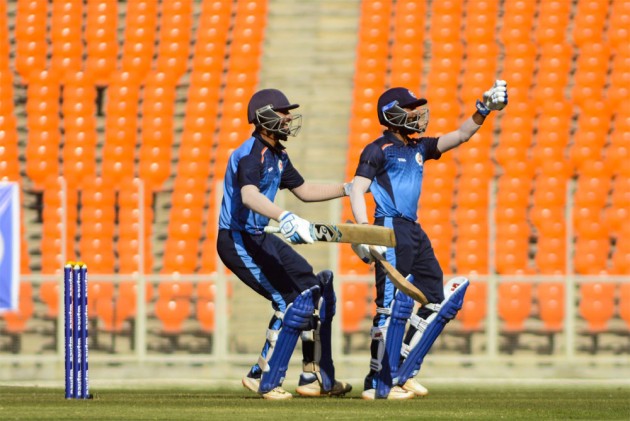 After months of uncertainty, the Indian domestic season started with Syed Mushtaq Ali Trophy and now the T20 tournament is ready for its grand finale, a mouth-watering clash between two former champions -- Tamil Nadu and Baroda. (More Cricket News)

Both Tamil Nadu and Baroda topped their respective Elite groups B and C, winning all five matches. Dinesh Karthik-led Tamil Nadu defeated Himachal Pradesh and Rajasthan in the quarters and semis to make their second successive final. They lost to Karnataka in the last year's final. Baroda beat Haryana and Punjab in the knockouts.

The final will feature two of the season's top-three scorers -- N Jagadeesan (Tamil Nadu) and KH Devdhar (Baroda), with 350 and 333 runs respectively in seven innings each. Punjab's Prabhsimran Singh (341) was the other batsman to aggregate more than 300 runs.

In bowling charts, Lukman Meriwala, with 14 wickets in seven matches, needs three scalps in the final to overtake Ashutosh Aman of Bihar. He will have support from Baroda team-mate Atit Sheth (10) and Ninad Rathva (9) as they take on a formidable looking Tamil Nadu batting line-up. Tamil Nadu also have a well-rounded attack with Murugan Ashwin (10) leading the pack. M Mohammed (9), Sonu Yadav (8), Sai Kishore (8) and Sandeep Warrier (7) can be lethal
too.

ALSO READ: No Ranji Trophy For First Time In 87 years