Tamil Nadu chased down Kerala's 181/4 with three balls to spare in the first quarter-final match of Syed Mushtaq Ali Trophy 2021-22. 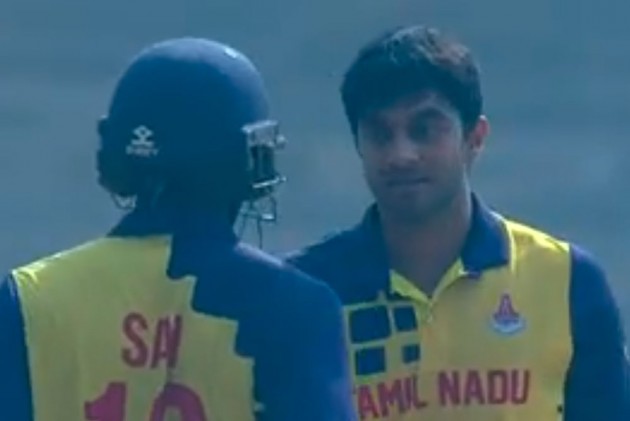 Tamil Nadu defeated Kerala by five wickets and with three balls to spare in the quarterfinals in Delhi on Thursday to reach the semifinals of the Syed Mushtaq Ali Trophy 2021-22 T20 tournament. (More Cricket News)

Sent into bat by Tamil Nadu, Kerala openers Rohan Kunnummal (51, 43 balls) and the aggressive Mohammed Azharuddeenn (15) could not get going against some good bowling. When the two appeared to be picking up pace, leg-spinner Murugan Ashwin (1/20) struck for Tamil Nadu when he had Azharuddeen caught by Sandeep Warrier, who hurt himself in the process.

Sachin Baby (33, 32 balls) and Kunnummal began to accelerate with the former scoring the bulk of the runs.

Kunnummal became the first of left-arm spinner Sanjay Yadav's two victims, when he was stumped by N Jagadeesan as he jumped out for a big hit. Samson, from whom much was expected, fell to a super catch by Ashwin as he tried to hit a delivery from Yadav.

Vishnu Vinod, who walked in at the fall of the captain, simply toyed with the TN bowling and smashed sixes at will. He went berserk and reached his 50 from just 22 balls.

The 18th over went for 23 runs as he hit three sixes. First, he hammered Warrier for two maximums before the pacer went out of the attack due to an injury.

In reply, Tamil Nadu opener Jagadeesan hit the fifth ball of the first over for a six before C Hari Nishaanth took over.

Then a brisk 57-run stand between Sai Sudharsan and Vijay Shankar, who hit two big sixes, set Tamil Nadu on the road to victory.

Sanjay Yadav, who came in at the fall of Sai Sudharsan's wicket, showed his big-hitting skills and forged a 30-run partnership with the captain. He fell with four runs required for victory.