Both India and New Zealand lost to Pakistan in their respective T20 World Cup Super 12 matches. With three wins, Pakistan have almost sealed their berth for the semifinals. 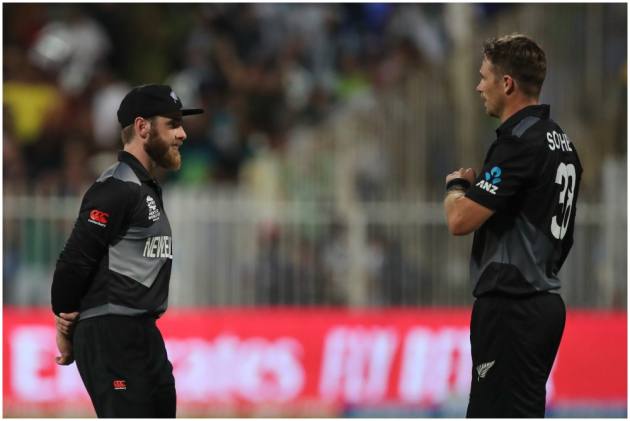 Fast bowler Tim Southee feels coming off losses in their respective tournament openers, both India and New Zealand would be desperate to outwit each other in what promises to be an exciting T20 World Cup 2021 Super 12 game between the two ‘very good sides’. (More Cricket News)

Both India and New Zealand were handed defeats by Pakistan in their tournament openers. While Virat Kohli’s men were drubbed by 10 wickets in their first Group 2 match, the Black Caps lost by five wickets.

And the Kiwi pacer said come Sunday, both the wounded sides would be eager to open their tally in the showpiece.

“They (India) are a quality side. They have shown that for many years and for them as well coming off a loss, they will be eager to win as well. So, it should be a great contest against two very good sides,” Southee said after a practice session on Friday.

“It’s always tight in the first game. We went far off against a quality Pakistan side but we need to look forward in such a short tournament. There are no easy games so it’s now about focus shifting towards India.”

ALSO READ: What India need to do to stop New Zealand?

Southee, who claimed his 100th T20 wicket in the loss against Pakistan, said adapting to the conditions and wickets is the need of the hour. New Zealand will be playing at the Dubai International Cricket Stadium for the first time during the competition, while India lost at the same ground in their opener.

“We knew coming here is different to how we play in New Zealand. So, you have to adapt to those conditions, you also have to adapt to all three grounds as well. They offer different assistance for the seamers. We saw in Sharjah slower balls and back of the length worked. In Dubai, the wicket has little more pace in it and seems to be a better wicket,” he observed.

Asked about his 100 T20 wicket milestone, Southee said: “It’s nice when you play for a while and get a milestone. Not many people have done it so far with T20 not being around for too long. Not only T20, but all three formats. It's a challenge to juggle all three formats and to be able to do that for a long period of time is pretty satisfying.”

“Looking at ways to keep improving your game, adapt to different conditions, different formats is something I have looked to do over the years. Hopefully there is many more years to come,” he added.