West Indies will be joined in Group 1 by England, South Africa, Australia, and two qualifiers 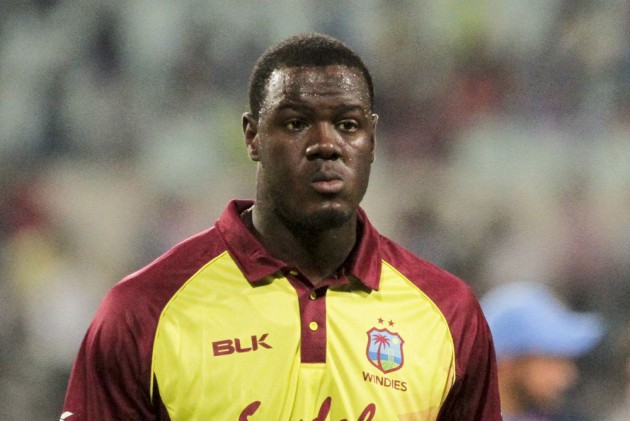 The 36-year-old Rampaul is back in a West Indies T20 squad for the first time in six years.

"Ravi will boost the team's wicket-taking options in the power-play and the middle phase and will provide another option for the death (late) overs," lead selector Roger Harper said.

Brathwaite hit four consecutive sixes off Ben Stokes in the final over of the 2016 T20 World Cup to win the game for West Indies. The Caribbean side won by four wickets with two balls remaining in the final at Eden Gardens in Kolkata.

Roston Chase was also included, earning a T20I call-up for the first time, mostly due to his form in the Caribbean Premier League.

"Roston Chase has shown that he is a very capable T20 player," Harper said.

"He has shown the ability to knit the innings together while still scoring at a fast rate with a low dot-ball percentage. He will be an excellent foil for the explosive players in the team."

West Indies begin their defense against England in Abu Dhabi on October 23.

As well as England, the West Indies will be joined in Group 1 by South Africa, Australia, and two qualifiers from Round 1. Only the top two finishers of the six will reach the knockout stages.

The tournament, delayed for a year due to the coronavirus pandemic, will be played in the United Arab Emirates and Oman from October 17 to November 14.